Bonnie & Clyde The Musical in Concert 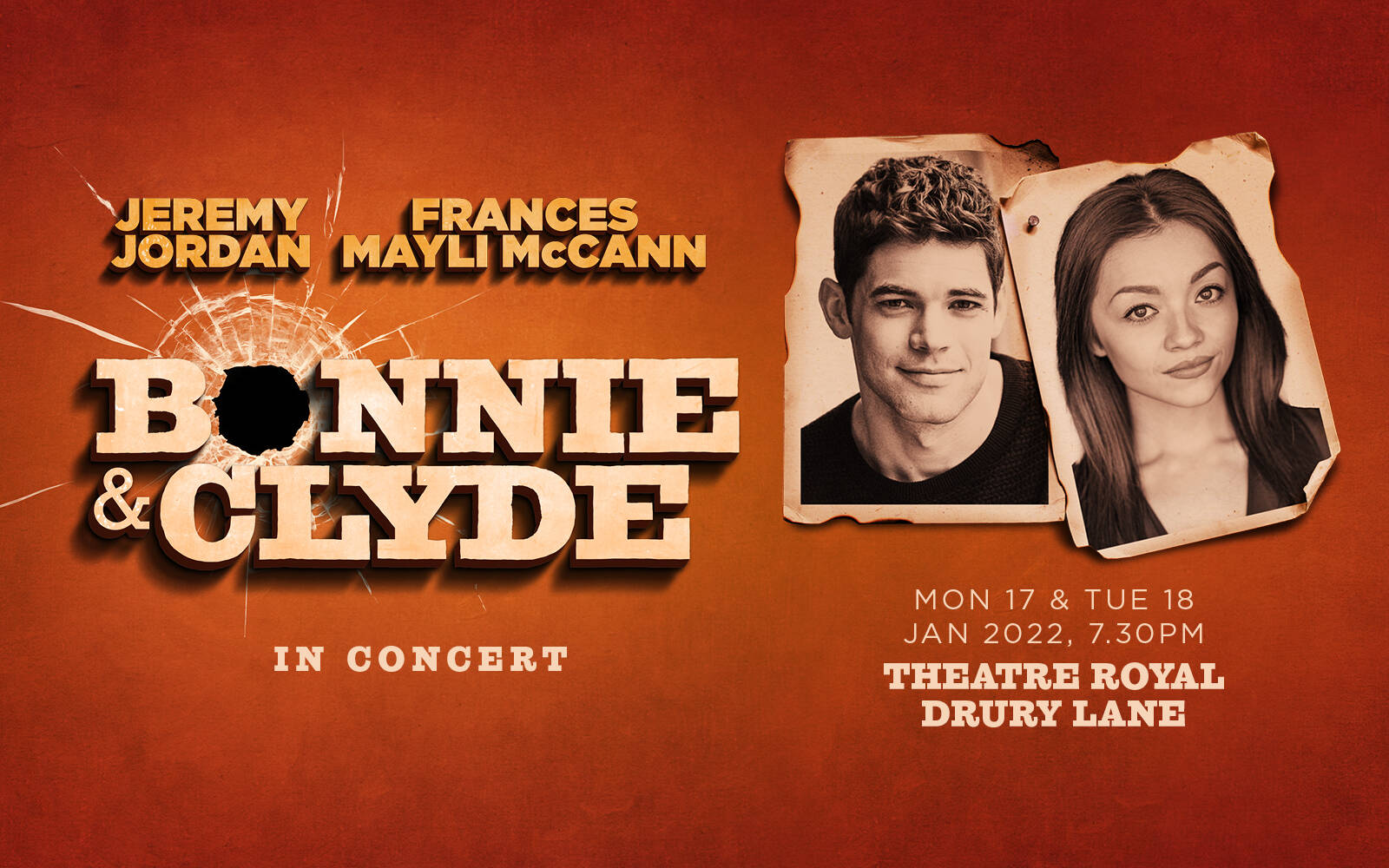 Bonnie & Clyde The Musical in Concert Sold Out

The cult musical Bonnie & Clyde comes to London in January 2022 starring Frances Mayli McCann and Jeremy Jordan (Waitress, Super Girl, Newsies, The Last Five Years) who originated the role of Clyde Barrow in the Broadway premiere of the production in 2011.

Bonnie & Clyde is a musical with music by Frank Wildhorn, lyrics by Don Black and a book by Ivan Menchell. The concert will be directed by Nick Winston (Rock of Ages, Fame, Chess in Concert, The Royal Variety Performance).

Bonnie & Clyde tells the real-life story of ill-fated lovers Bonnie Parker and Clyde Barrow who went from small-town nobodies to infamous folk heroes at the height of the Great Depression in West Texas. Fearless, shameless, and alluring, Bonnie & Clyde is the electrifying story of love, adventure and crime that captured the attention of an entire country.