An Evening With Tony Hawk 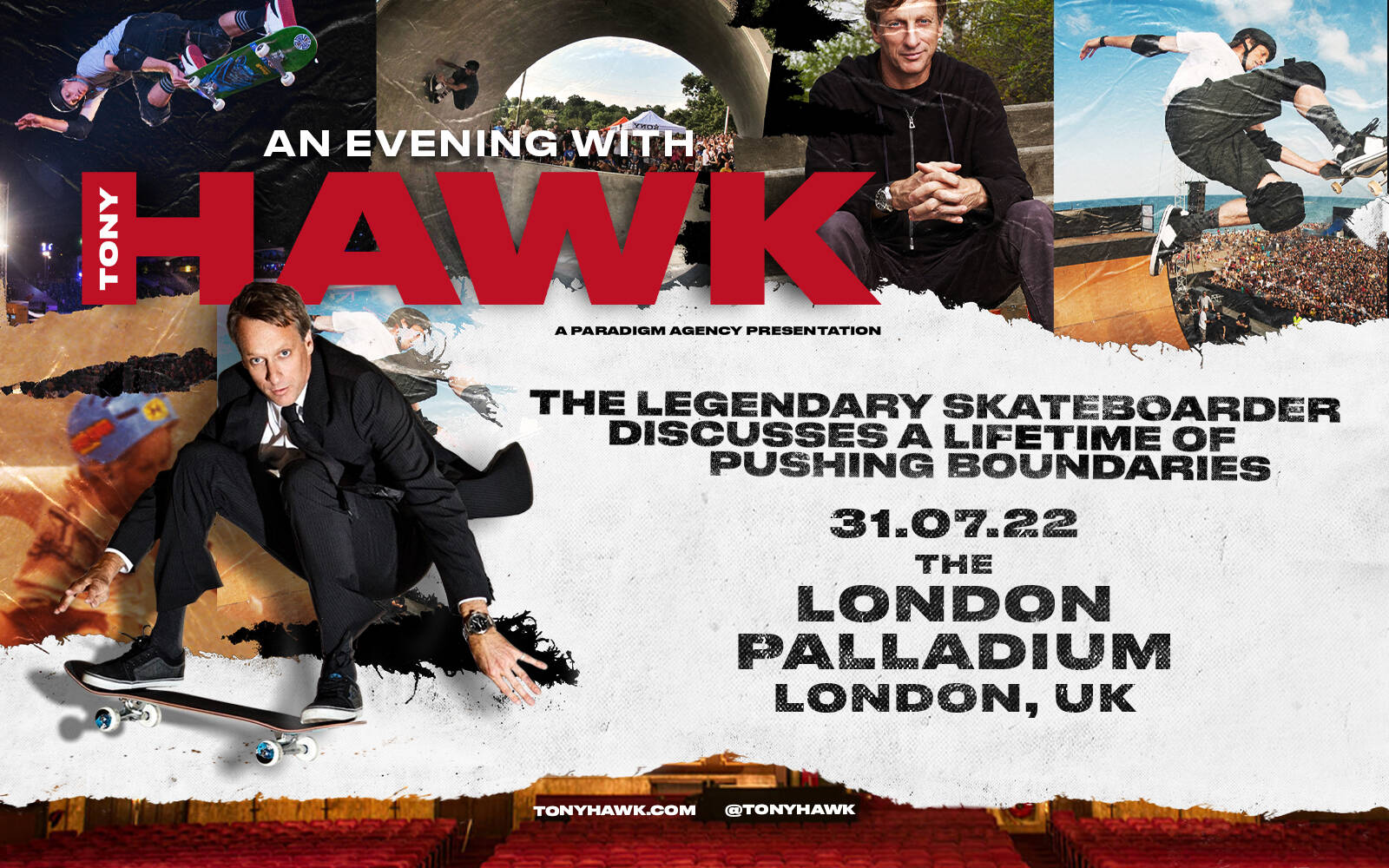 The most recognized action sports figure in the world, Tony Hawk comes to The London Palladium this summer 2022.  The legendary skateboarder, entrepreneur and Founder of The Skatepark Project will be discussing a lifetime of pushing boundaries.

In this live show, fans will get the chance to hear first-hand memoirs from his astonishing career and see him share stories about how he pushed boundaries to become the skateboarding hero he is today.

Tony Hawk was just nine-years old when his brother changed his life by giving him a blue fiberglass Bahne skateboard. By fourteen he’d turned pro, and by sixteen he was widely considered the best skateboarder on earth. He was world champion 12 years in a row and is a 16-time X Games medalist.

In 1999, he became the first skater to ever complete a 900, the holy grail of vert skating. Shortly thereafter, he teamed up with Activision to launch Tony Hawk’s Pro Skater, now a billion-dollar video game franchise. He has created a Tony Hawk brand that includes Birdhouse Skateboards, Hawk Clothing, and the Tony Hawk Signature Series sporting goods and toys.

Tony authored a New York Times bestseller and oversees his films, television, and commercial production company, 900 Films. He founded The Skatepark Project (formerly the Tony Hawk Foundation), which has given away over $10 million to over 600 skatepark projects throughout the United States that serve over six million visitors a year.