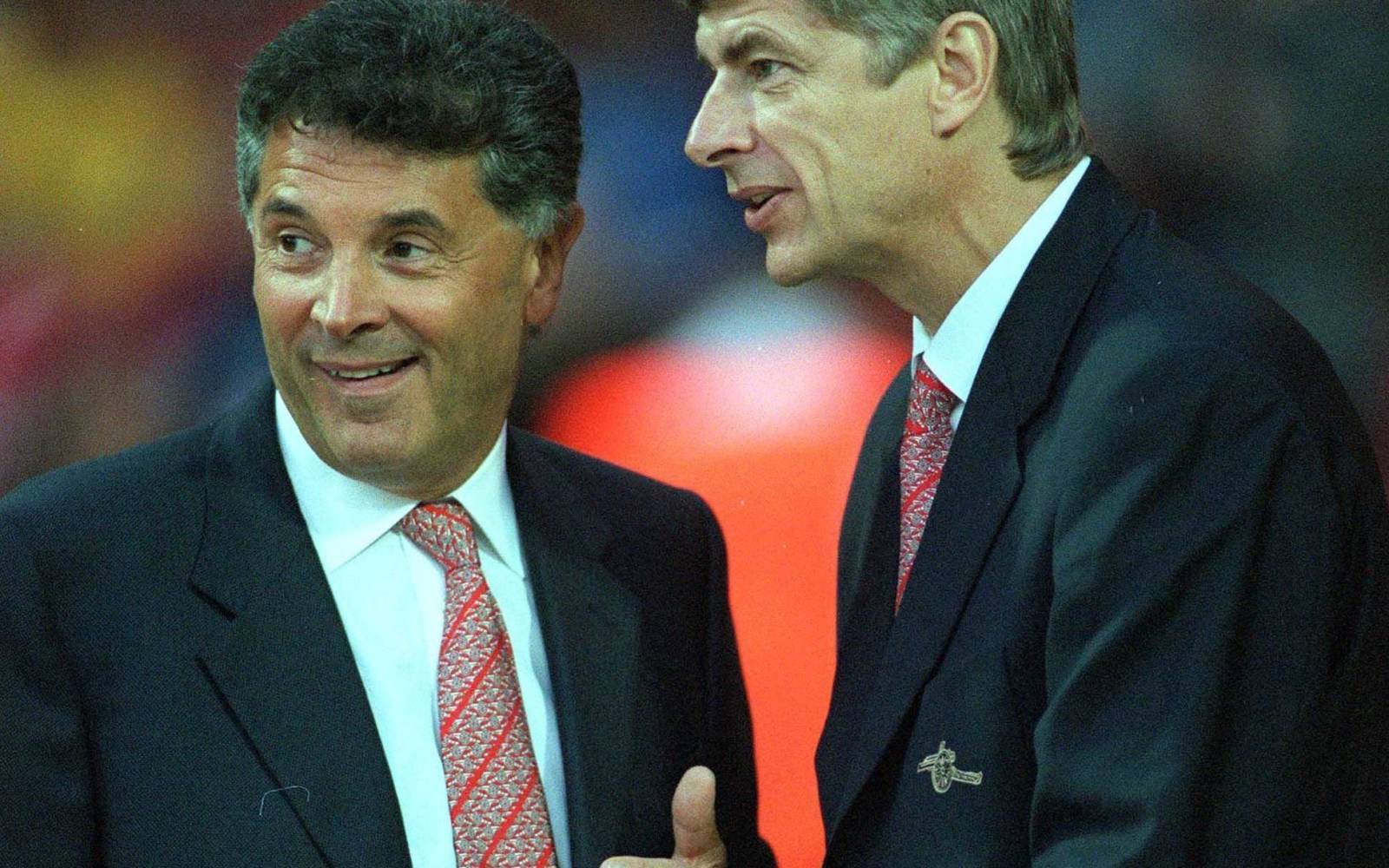 Arsène Wenger OBE, Arsenal’s most successful manager and now FIFA’s Chief of Global Football Development, and David Dein MBE, former Vice Chairman of Arsenal and the Football Association who was the man who brought Arsène to the Gunners, are taking to the stage for a one-off evening on their time at the club, the state of football today and where they think it will go in the future.

Dein and Wenger will discuss how the Frenchman went from “Arsène Who?” to one of English football’s greatest pioneers and how together they shaped the most successful period in Arsenal’s history. The conversation will leave no stone unturned, covering the title wins, high-profile transfers and star players that defined their time in North London.

With Dein having been the leading figure in the formation of the Premier League and Wenger’s new role at FIFA, the two will also be sure to discuss the most pressing issues of the modern game, including VAR, financial fair play and the offside rule.

The night will be hosted by Ian Wright MBE and Alex Scott MBE and TV star Dermot O’Leary will be asking the questions. There will be many special celebrity guests including some of Arsenal’s “Invincibles” squad. The audience will have the opportunity to engage in a Q&A with Arsène and David.

The night is being organised in support of the Twinning Project Charity ( www.twinningproject.org ), which twins professional football clubs with their local prison. It focuses on reducing reoffending rates in the UK by delivering coaching and referees’ courses to offenders, giving them the necessary lifestyle skills to succeed on the outside.

During the event there will be an auction of once-in-a-lifetime experiences.

Organised in support of the Twinning Project Charity

TICKETS
From £67.50
Prices displayed include an online per ticket booking fee. All prices include a £1.50 restoration levy.

VIP TICKETS
VIP tickets are available for £509.50. From 6.15pm VIP ticket holders will have access to a private reception in the Toy Room (adjacent to The London Palladium) with Arsene Wènger OBE, David Dein MBE and their special guests, as well as complimentary food and drink and the best seats in the house. Customers will need to show their VIP ticket to gain admittance to the reception.

BOOK WITH CONFIDENCE For maximised flexibility, customers can exchange their tickets free of charge up to at least 48 hours prior to the event