An Afternoon with Peter Schmeichel 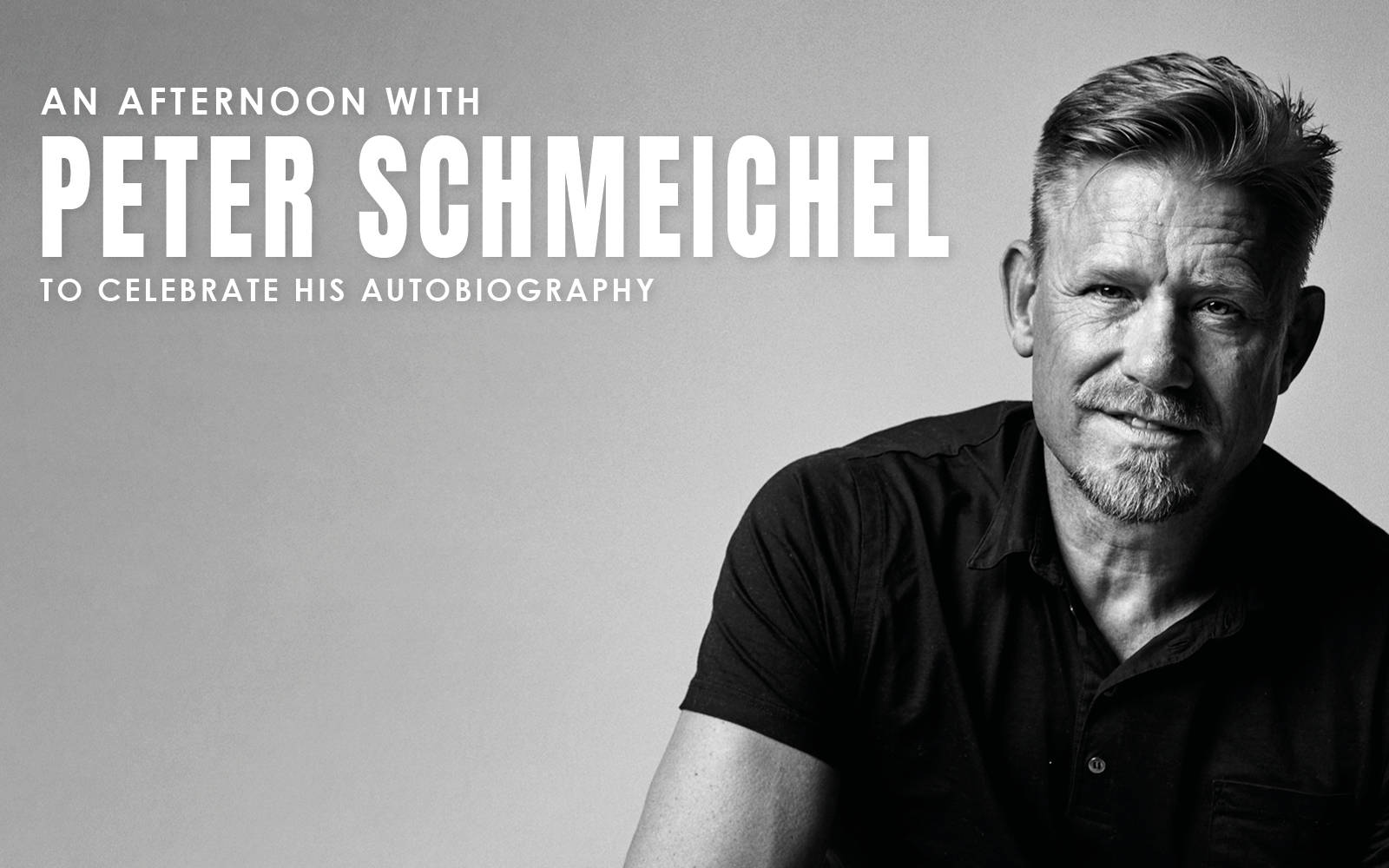 Spend an afternoon with legendary football goalkeeper Peter Schmeichel as he celebrates One: My Autobiography. A serial winner and larger-than-life character with Manchester United and Denmark, Peter rivalled Gordon Banks and Lev Yashin as the world’s greatest goalkeeper.

Now, for the first time, he’s sharing his journey from part-time footballer in the Danish four tiers to Champions League-winning captain.

In conversation for these exclusive events, Peter will be sharing highlights from his decade playing for Manchester United including that last-gasp Treble-clinching win over Bayern Munich and stories about Old Trafford’s galaxy of stars and visionary manager.  He’ll also discuss his time playing for the Danish national team and their remarkable rise to triumph in the European Football Championship in 1992.

However, Schmeichel’s story is no mere litany of triumphs and household names. He’ll reveal some lesser-known details of his life – how he nearly died aged 15, and his turbulent relationship with his father.

Peter’s own son Kasper emulated him by winning the Premier League with Leicester in 2016, captaining them to win the FA Cup this season and taking over in Denmark’s goal. It is a proud legacy, ensuring that One: My Autobiography is actually the story of two great goalkeeping Schmeichels.

“A question I’ve been asking myself for years is: why me? How come I could say at eight years of age, ‘I want to play for Denmark, I want to win The FA Cup at Wembley with Manchester United’ and make it happen? Through writing this book I found some of my answers – and I hope the story of how one little boy from Copenhagen did it might inspire others who want to dream big.”

Don’t miss the opportunity to join an undisputed giant of the global game as he explores family, legacy, and a life in football, with astonishing candour.

Every ticket includes a copy of One: My Autobiography.

A Question of Sport Live