A Night with the Royal Air Force and Friends 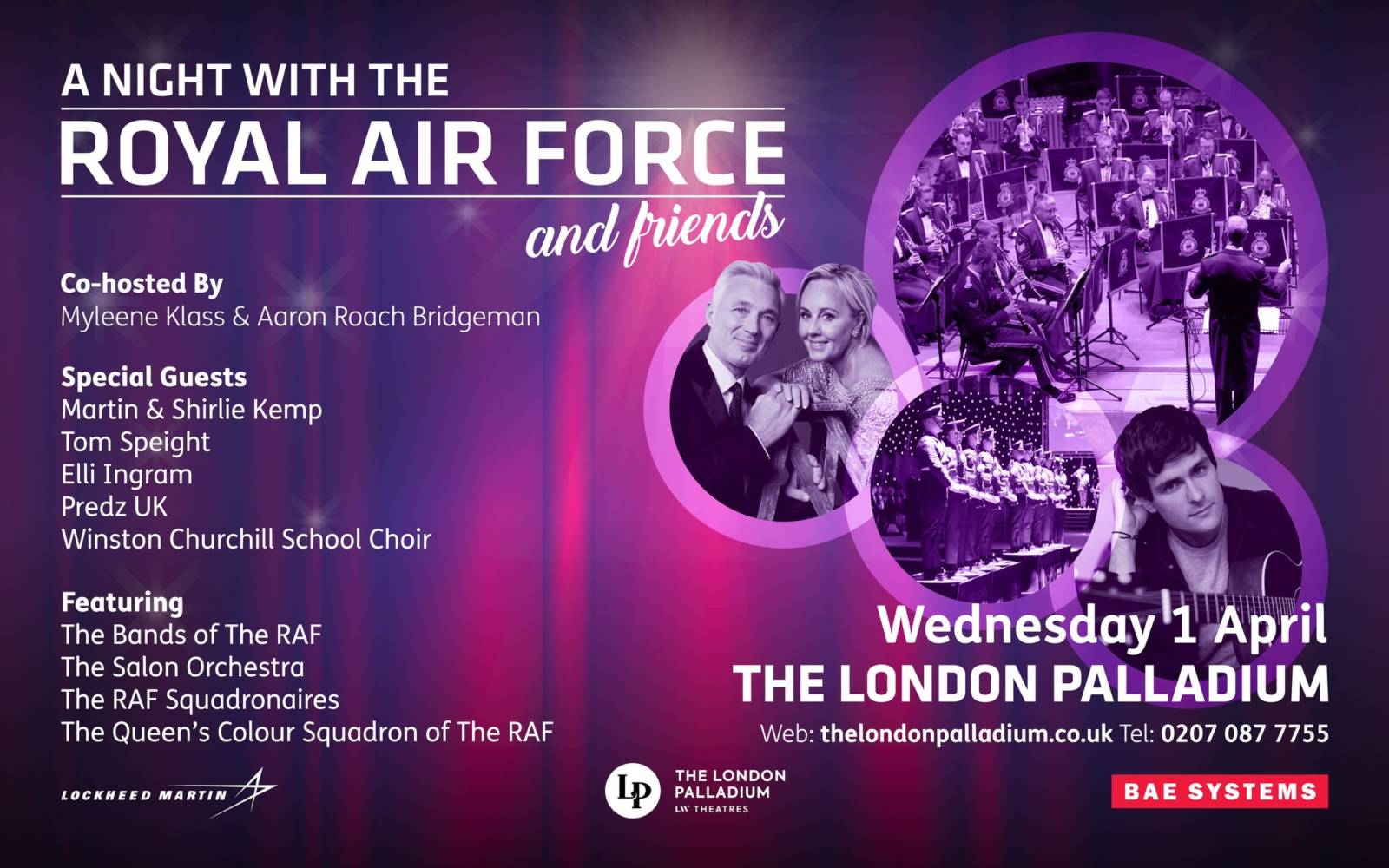 A Night with the Royal Air Force and Friends

If you have not received a confirmation email, please contact customer.relations@lwtheatres.co.uk.

Join us for an exhilarating, entertaining and inspiring musical night with The Bands of the RAF and friends, co-hosted by TV presenter and musician, Myleene Klass and TV presenter and poet Aaron Roach Bridgeman.

The Bands of the Royal Air Force, The RAF Squadronaires and The Salon Orchestra will be joined on stage by Martin and Shirlie Kemp, Tom Speight, Elli Ingram and the Winston Churchill School youth choir. We are also very excited to introduce a special performance by The Queen’s Colour Squadron of the RAF alongside rapper Predz and host Aaron Roach Bridgeman.

RAF Air Cadets from the local area will perform their own poetry and prose and the evening will showcase the spectacular talent within the band including SAC Craig Lutton on the Marimba and vocalists Sgt Matthew Walker and Cpl Philippa Hartley.

The musical programme includes: You Make Me Feel So Young, Space Oddity, One Vision, Born To Fly, Willow Tree and This is Me from The Greatest Showman.

This audio-visual spectacular will showcase the elite Bands of the RAF, celebrate our young people and feature a show-stopping salute to the RAF’s top guns of today and yesteryear. The evening climaxes with a unique and moving glimpse of the future as our proud military pilots prepare to embark on a journey to the final frontier – space!

Don’t miss out on the opportunity to join the Royal Air Force as it embarks on its exciting journey into the next century, book your tickets now!