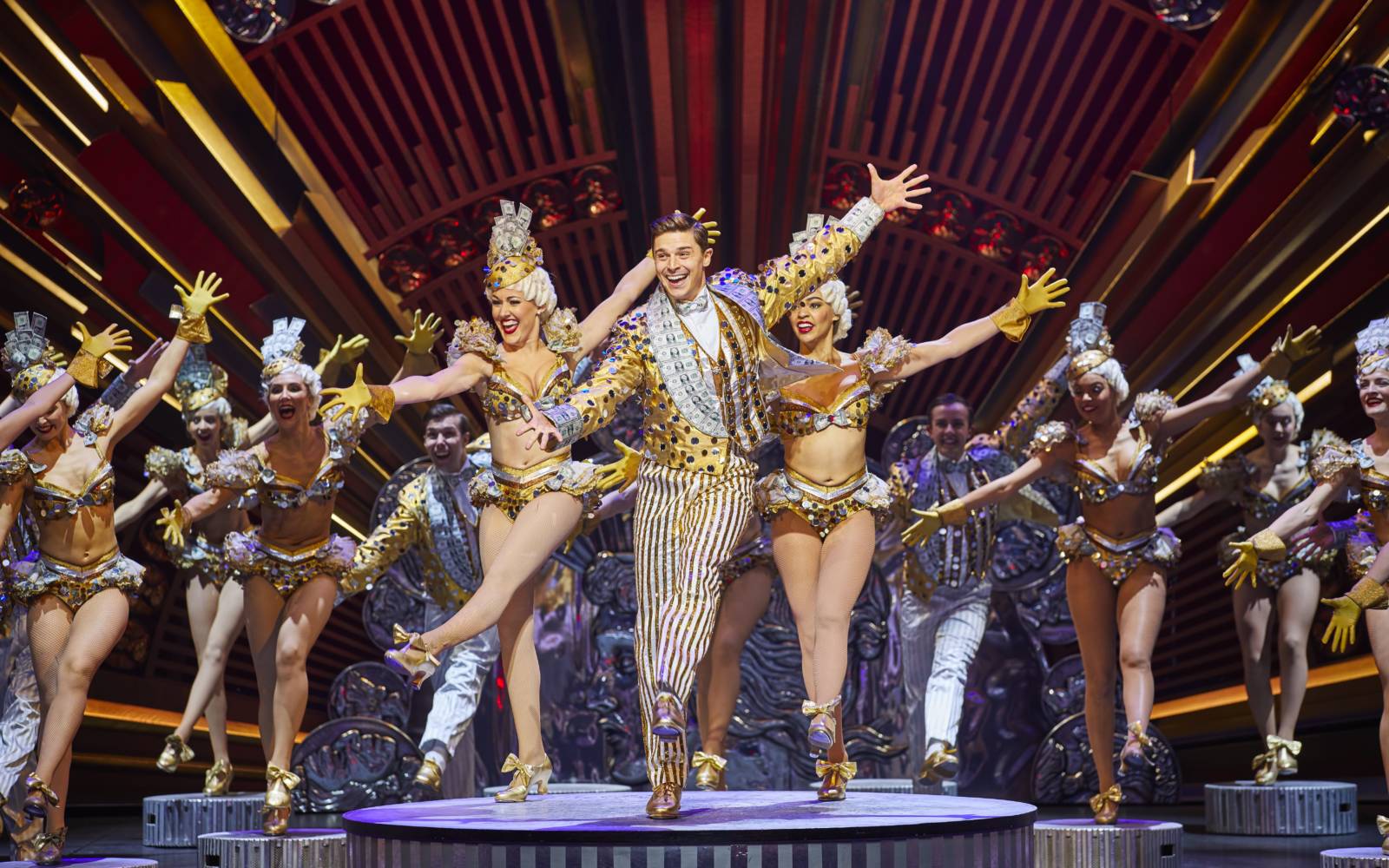 42nd Street is the song and dance, American dream fable of Broadway, featuring the iconic songs ’42nd Street’, ‘We’re in the Money’, ‘Lullaby of Broadway’, ‘Shuffle Off To Buffalo’, ‘Dames’ and ‘I Only Have Eyes For You’. With the West End’s biggest cast, this is a musical like no other, entertainment doesn’t get bigger than this.

Young Peggy Sawyer is fresh off the bus from small-town America and just another face in the chorus line on Broadway’s newest show. But when the leading lady gets injured, Peggy might just have the shot at stardom she’s always dreamed of.

★ ★ ★ ★ ★
‘A wow factor revival of one of the greatest musicals of all. You’ll leave happy. Perfection.’
The Times

AGE RECOMMENDATION 5+
This show is recommended for an audience of all ages. As an advisory to adults who may bring young people, the show is suitable for ages 5 and up. All persons entering the theatre, regardless of age, must have a ticket. Babes-in-arms are not admitted to the auditorium. All children must be old enough to occupy their own seats.

The producers cannot guarantee the appearance of any particular artist. This schedule is subject to change and may be affected by contracts, holiday, illness or events beyond the producers’ control.

Get the star treatment with our range of incredible GOLD class experiences.

And why not, you deserve it.