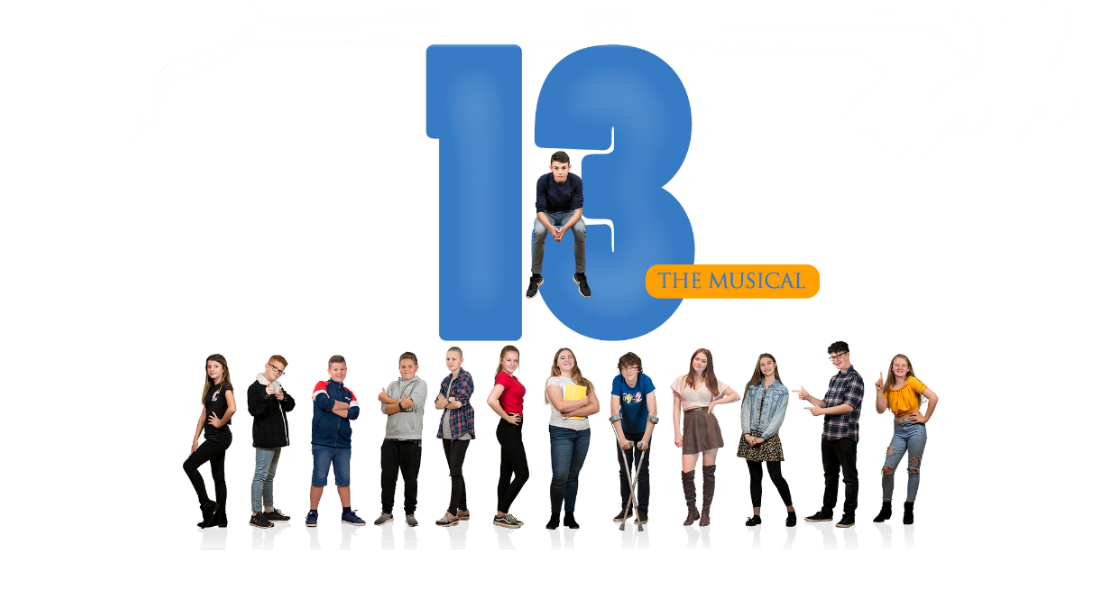 13 the Musical is the story of Evan Goldman, a Jewish boy approaching his 13th birthday who is suddenly whisked from his home in New York to small- town Appleton, Indiana.

We follow Evan as he tries to fit in with his new classmates and invites them to his all important bar mitzvah. Evan makes friends with the local geek Patrice and freak Archie, but he is desperate to fit in with the jocks and cheerleaders, and forges a plan to impress Brett – the most popular boy in the school. Evan struggles with the complex social groups and his efforts to fit in give us some hilarious and touching moments.

An amazing rock score is littered with catchy songs including “13/Becoming a Man”, “What It Means To Be A Friend” and rousing ensemble numbers including “A Little More Homework” and “Brand New You.”

This production is brought to the stage by the amateur group Star Ignited Performance Academy from Littlehampton in West Sussex. The performers range in age from 11 to 15.

A must see show for one night only!

RUNNING TIME
Approximately 1 hour and 50 minutes (including an interval)