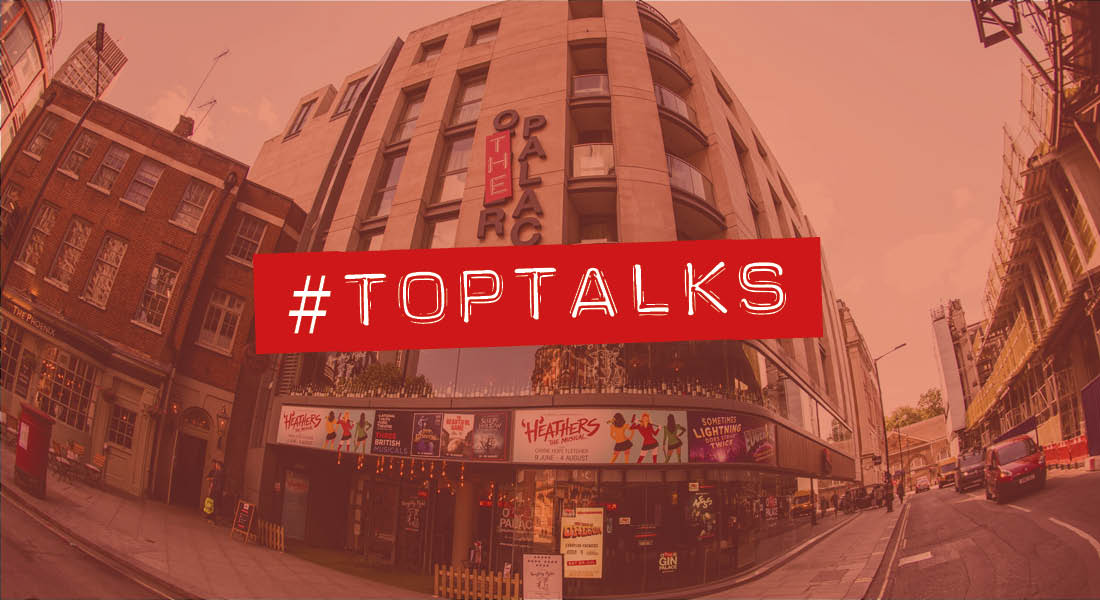 The Other Palace is thrilled to present our new interview series #TOPTalks, where we chat with the amazing talent that comes through our theatre.

For our inaugural interview, we sat down with Jodie Steele who currently plays Heather Chandler in Heathers the Musical to discuss what keeps bringing her back to The Other Palace and her advice to aspiring performers.

Having been a part of the workshops of Myth and upcoming ZELDA: A Post-Modern Musical at The Other Palace, what draws you to working on new musicals in development?

I LOVE working on new material. It is a gift for any actor/ performer to be able to create a character and a new world with a creative team…sometimes you are lucky enough to do it with the actual writer! It becomes a piece of you.

Copying a role in a huge commercial musical is a challenge in itself and its own skill and something I believe performers aren’t given enough credit for; you take something, learn it as is but try to put your own spin on it as much as is allowed. Creating a role that nobody else has done is a little bit of you going down in theatre history. You get to explore and discover things about yourself as an artist and performer and the new person you are inventing. There are no barriers for your creativity.

You currently star as Heather Chandler in Heathers The Musical. What has been the biggest challenge about taking on this role?

Being horrible to my gorgeous castmates! We all made friends and suddenly I was shouting horrible things at them all! It’s odd because I’m such a goof in real life, so to play something so far removed from oneself is a challenge and a gift at the same time. Sometimes it’s harder to play a character who is similar to yourself – it’s as though you can’t turn the ‘acting’ on or feel the difference in your body. When it’s so different to how you normally are, you step into that new world and person and remain there until you come off stage.

Also one of the biggest challenges for me was discovering the stillness of Heather Chandler. It took me a while to grasp how regal she was. I wanted to give her too much energy and anger. She only needs that at certain points.

(From @jlb26_) If you could play any other role in Heathers, who would it be and why?

JD! Because what a part and what a story. Twisted characters who have such a turnaround in their plot or reveal they are actually a psychopath… character gold!!

Jamie Muscato is a genius on stage. He envelopes himself in that part every night and I would love to feel that power and darkness! JD is a very complicated and layered role – there’s a reason he is the way he is because of his family. It’s an incredible story to convey every night.

Do you have any pre-show rituals? What is the last thing you do before you step out on stage?

I do but it differs every show I do. I remember in Wicked I always had to sing the end of ‘The Wizard and I’ before I went backstage. For Heathers, I run the first bit of choreography in ‘Candy Store’ just so my body and mind are working together. I always pop in to say hi to Jamie before I go backstage too… it’s become a good luck thing now!

(From @JamesLeeds2 & @hollyaparkinson)What advice would you give to aspiring performers at the start of their careers?\

Use your brain like a sponge, take every challenge and opportunity thrown at you and be brave. Listen until you are wise enough to pass the advice on. Meet and speak to as many people in the industry as you can! Don’t be scared, no matter what anyone else says to you – always believe in yourself and what you are capable of. Always take criticism as a positive- we need it, it helps us grow and better our craft. And make sure you truly love it enough for it to be your life!

BONUS QUESTION: (From @bwaytrash) If you inherit five million dollars the same day aliens tell the Earth they’re blowing us up in two days, what would you do?

Have the biggest damn party in a mansion with ALL the food and booze I could buy and invite everyone I’ve ever met! And dance until we die!!!