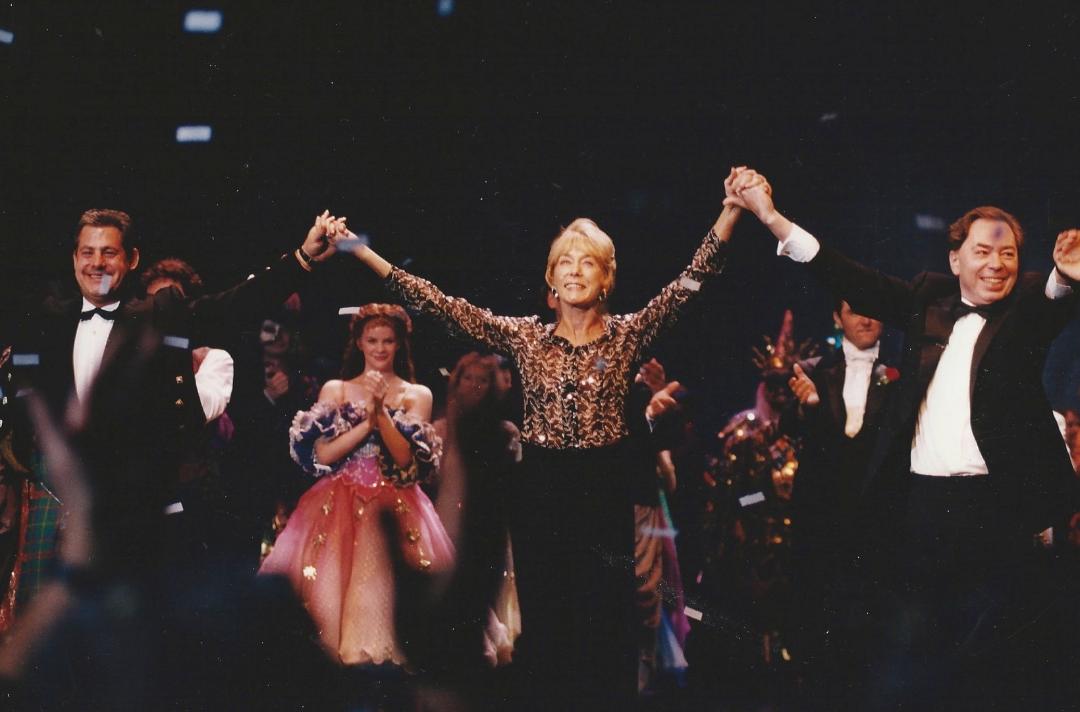 An unforgettable evening of stellar performances in celebration of the prolific and dearly-loved director-choreographer, Gillian Lynne DBE. A year and a day after Gillian sadly passed away, ‘To Gillie, With Love’ will see stars of the world of dance, theatre, film and TV come together to show their admiration and thanks to this unique and remarkable individual who helped, guided and inspired so many.

It will take place on Tuesday 2nd July 2019 at 7.30pm at the Gillian Lynne Theatre, formerly the New London, where Gillian pioneered her ground-breaking choreography on Cats in 1981, was lovingly renamed in her honour by Andrew Lloyd Webber in June 2018 making Lynne the first non-royal woman to have a West End Theatre named after her.

As well as honouring Gillian, the evening will launch the Lynne and Land Foundation, which Gillian and her husband Peter Land established to enable talented young performers to achieve their dreams by providing scholarships and grants to reach their full potential in the choreographic arts, drama and musical theatre.

“Two years before my wife passed away we discussed the Foundation and she insisted on having it in both of our names. We both benefitted hugely in our careers from the kindness of others and that is what we want to do with the Foundation – to be the help that Gillian Lynne was to so many performers throughout her career. I remember the actor George Baker being wonderfully generous to me and Gillian always said that the support she got from Noël Coward, personally and professionally kept her going when times were tough.”

The evening will be curated and produced by Peter Land and Lean Two Productions, directed and staged by Chrissie Cartwright, Gillian’s long-time collaborator on Cats, musical direction by Peter McCarthy, scenic design by Matthew Kinley, lighting design by Michael Robertson, sound design by Adam Fisher. The evening is supported by LW Theatres and Cameron Mackintosh Ltd.

Gillian’s direction, staging and choreography broke records across the globe with her collaboration on two of Andrew Lloyd Webber’s most famous musicals: Cats and The Phantom of the Opera which can still be seen nightly throughout the world. As a producer, director, choreographer and performer, throughout the course of her life Gillian was involved in more than 60 productions in the West End, 11 feature films and hundreds of TV productions.