The Reviews are in for Madonna at The London Palladium

The Madame X Tour in London 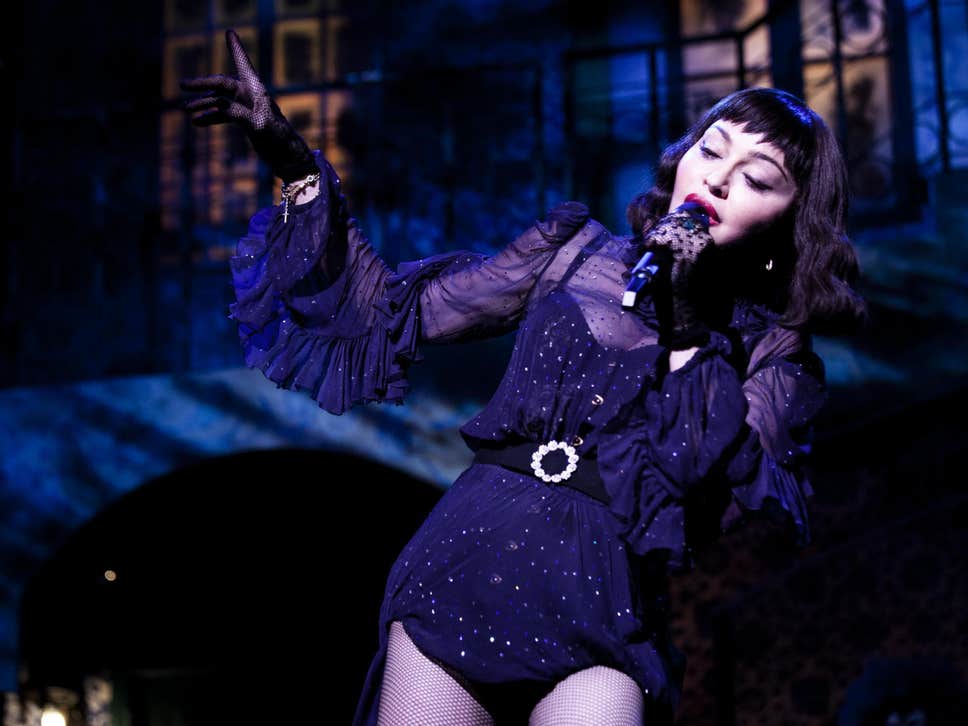 Kicking off her run of shows at The London Palladium and Madonna did not disappoint. Declaring the city as her “second home” the Queen of Pop played to a packed out crowd. See what the critics had to say…

“The Madame X Tour is an adventurous piece of contemporary theatre, and a match for any of the Tony and Olivier-winning shows currently playing the West End and Broadway.” ★★★★★ – BBC

“Pop music is supposed to be weird, sexy, silly and exciting and this show was all of that and more.” ★★★★★ – The Telegraph

“From a fake riot to a brilliant staging of Frozen, the pop artist is at her most experimental – and intimate.” ★★★★ – The Guardian

“The Queen of pop’s still got it.” – The Daily Mail

“A reminder of Madonna’s sustained influence on pop culture.” ★★★★ – The Independent