Take a Tour of the London Palladium! 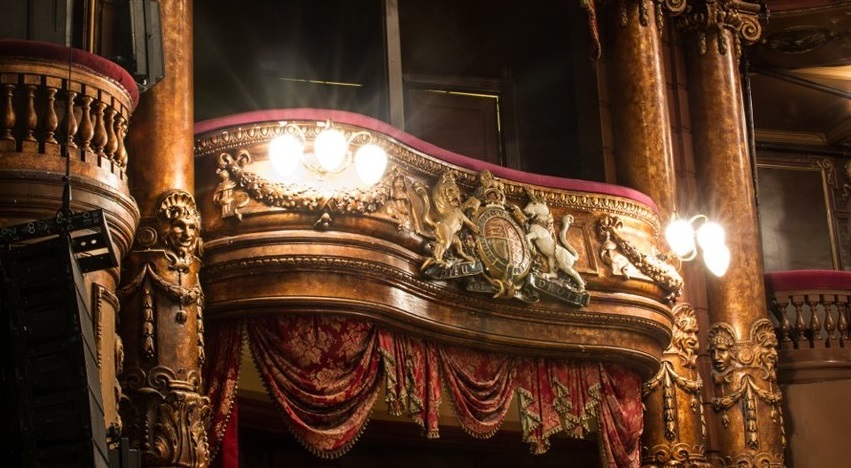 Tours at The London Palladium are currently unavailable, but always check our website for the latest updates!

Take a tour of the iconic London Palladium and trace the steps of the many great entertainers that have performed at this legendary theatre!

‘An absolutely brilliant tour – so well delivered and given by such an amusing and well-informed guide. Not to be missed’

Guided tours of the nation’s favourite theatre will run at 11.30am on Wed 12 July & Wed 26 August . The tour will last a minimum of 2 hours covering the performance, architectural and social history of The London Palladium.

Tickets for the tour are £12 each and the total capacity per tour is 30 people. As there are lots of stairs, the tour is not recommended for the infirm and flat shoes are advisable. Please note that The London Palladium is a working building and the content of the tours may vary.

The London Palladium is a venue to which all performers aspire and has hosted more annual Royal Variety Performances than any other theatre. Designed by Frank Matcham it opened on Boxing Day 1910 and became famous, partly through television, as the “Ace Variety Theatre of the World”.

In 1979 Yul Brynner arrived in a spectacular production of The King and I, which heralded further musicals in recent years including Joseph and the Amazing Technicolor Dreamcoat, Cameron Mackintosh’s Oliver!, Saturday Night Fever, The King and I starring Elaine Paige, Chitty Chitty Bang Bang, Tommy Steele in Scrooge and Sinatra at the Palladium, the hugely successful revival of The Sound of Music, Sister Act, The Wizard of Oz, A Chorus Line, Barry Humphries’ Farewell Tour, I Can’t Sing the musical.

‘A very detailed tour of the theatre, put over in such an entertaining way’

‘A fantastic insight into the inner workings of this legendary theatre’

GROUPS
In addition, it may be possible to organise Palladium tours on alternative dates for groups of 10 or more. Corporate groups, family celebrations, schools and events for interested social groups may all be arranged with varied content according to group interests and time available.

AFTERNOON TEA
Why not follow your tour with an enjoyable Afternoon Tea in the London Palladium’s Val Parnell Bar? For only £18.95 you can enjoy a traditional Afternoon Tea or add a glass of champagne for an additional £9*.