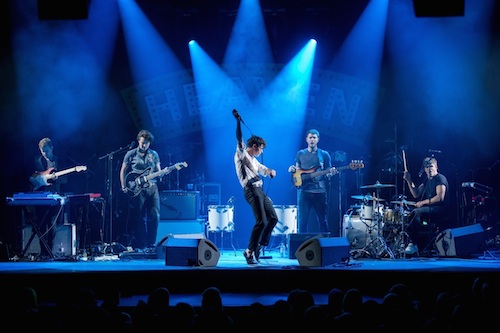 Mika made a special UK appearance at London’s Adelphi Theatre on 18th October 2015 to celebrate the end of his No Place In Heaven tour.

Joined by an eccentric backing band, Mika treated the sold out auditorium to what have become some of his classic-hits, Relax, Take It Easy and Grace Kelly in addition to tracks from his newly released album.

No Place In Heaven is the fourth studio album to be released by the multi-platinum pop-star, an album which highlights Mika’s incredible song-writing skills and fantastic vocals whilst evoking memories of classic 70s pop.

The show finished in true West End style with a quick costume change and, much to the delight of a rapturous audience, another favourite, Love Today in what will have been an unforgettable evening for London fans.