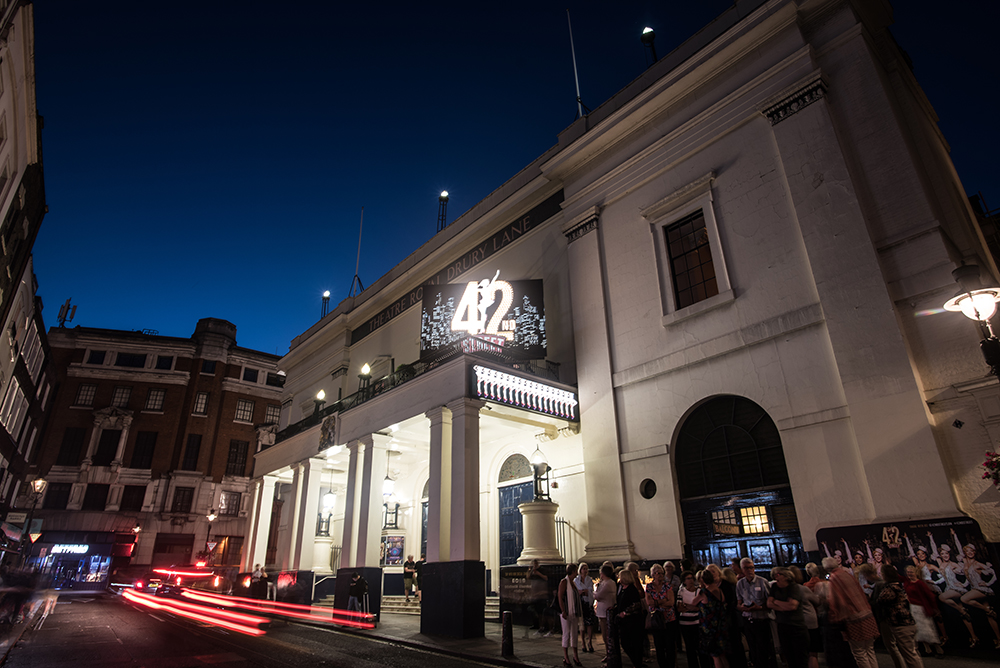 Really Useful Theatres (‘RUT’) is very pleased to announce that with effect from 1st September 2016 Rebecca Kane Burton, currently Vice President and General Manager of The O2 in London, will become its new Managing Director.

This appointment reflects a change in emphasis for RUT with significant business developments being planned in the next few years throughout its historic theatre estate, the continuing growth of its concert business, new partnerships being anticipated with sponsors and commercial partners and the launch of a new ticketing company in 2017.

RUT acquired the St James Theatre in December 2015 as the foundation of a creative hub to sponsor new musical theatre works and to support new and emerging composers, producers and directors.  In August 2016 RUT will complete the acquisition of the office building adjacent to the Theatre Royal Drury Lane. This building will then become the headquarters of The Really Useful Group, Andrew Lloyd Webber’s theatre producing and rights licensing company.

Rebecca spent eight years at English Heritage before becoming Managing Director of Alexandra Palace and subsequently VP & General Manager of The O2 for the last four and a half years.  She has substantial experience in managing heritage venues on a commercial basis, building strategic business partnerships and overseeing the world’s number one music venue and its associated ticketing operations.  Rebecca will be responsible for managing all aspects of RUT’s current and future business activities reporting into Mark Wordsworth, RUT’s Executive Chairman, and to the board.  André Ptaszynski will continue in his current role as President and Head of Programming.

Andrew Lloyd Webber commented “I am absolutely delighted that Rebecca Kane Burton is joining us. She has a truly unique blend of heritage, commercial, venue management and ticketing experience that will be invaluable in enabling my theatres to continue to develop as wonderful venues to enjoy musical theatre, concerts and other forms of live entertainment whilst still recognizing, respecting and protecting their heritage.”

Andrew Lloyd Webber added:  “I would also like to thank the departing Managing Director, Bishu Chakraborty, for his diligent stewardship of RUT and for ensuring that the company has been able to establish itself as a very successful standalone business in the four years since its demerger from The Really Useful Group.”

Rebecca Kane Burton said “I am thrilled about this appointment and cannot think of a better or more exciting time to join Really Useful Theatres. I have a real passion for theatre and historic buildings and I am fortunate that this role combines the best of both. Working across some of London’s most iconic and innovative theatres in the heart of the West End is a challenge that I am delighted to accept.”

Rebecca Kane Burton added “It has been a wonderful four and a half years at The O2 and I am hugely proud of what the team have achieved during my time as VP & General Manager. The world’s number one music venue will always hold a fond place in my heart.”

Notes for editors:
Really Useful Theatres (‘RUT’) owns and operates seven commercial theatres in London, five of which are listed buildings.  The business is wholly owned by Andrew Lloyd Webber.  The theatres comprise the London Palladium, the Theatre Royal Drury Lane, Her Majesty’s, the Cambridge, the New London, the Cambridge, the Adelphi and the St. James which together have a combined seating capacity of 10,000 seats per performance and have approximately three million customers per annum.  The theatres play host to some of the world’s best musicals as well as a wide variety of concerts and live events.  Current shows include The Phantom of the Opera, Matilda the Musical and Charlie and the Chocolate Factory. The Broadway hit show School of Rock the Musical will open in the New London Theatre in October 2016.