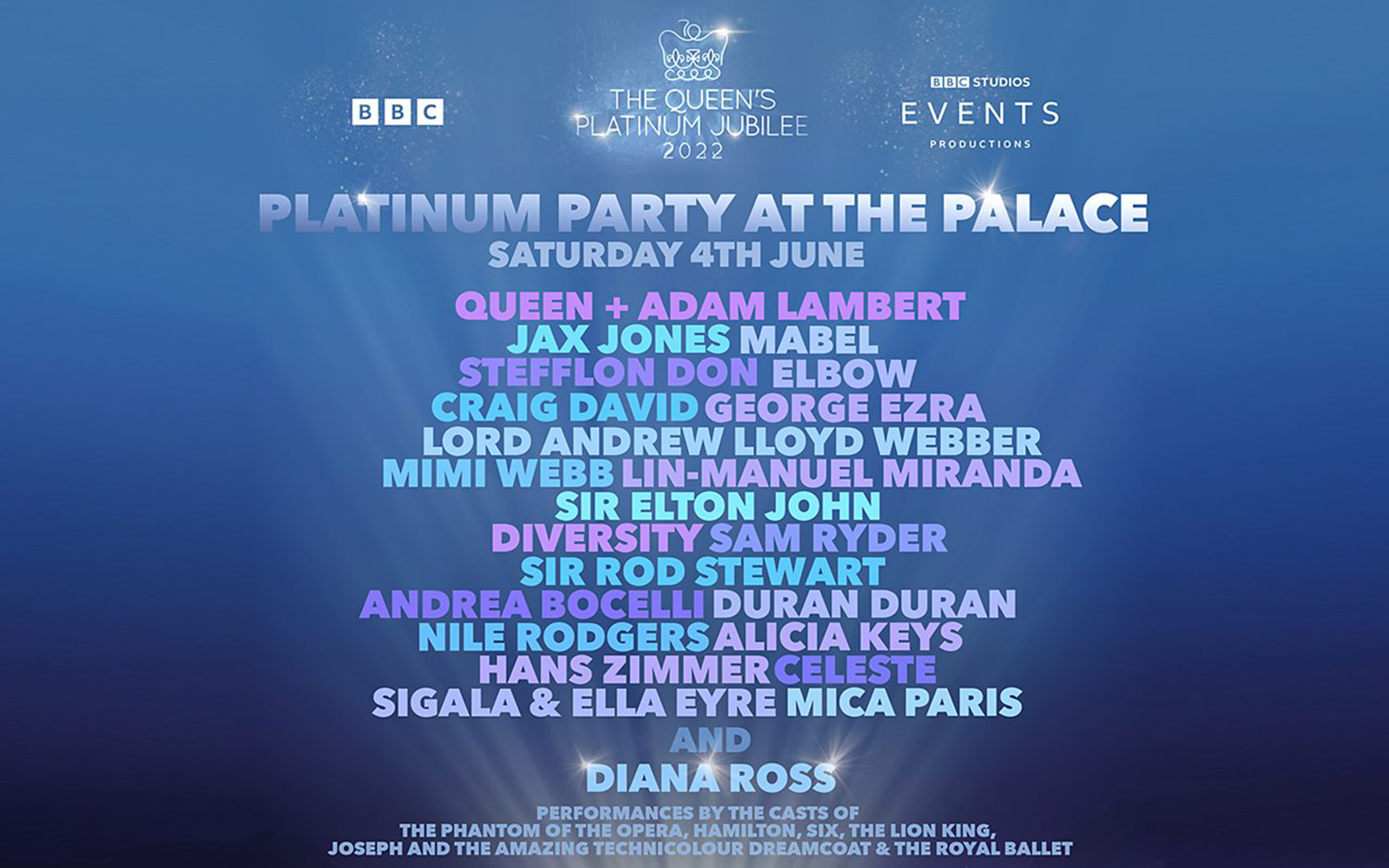 A glittering group of performers from the worlds of music and dance are set to perform at the Platinum Party at the Palace concert which takes place on Saturday 4 June at Buckingham Palace – and live on BBC One, BBC iPlayer and BBC Radio 2.

The evening will pivot around global themes that have been born, or evolved, during the breadth of Her Majesty’s reign due to extraordinary British and Commonwealth contributions including Fashion, Sport, The Environment, 70 Years of Pop Music and Musicals – the latter curated by legendary composer Andrew Lloyd Webber, featuring a special appearance by Lloyd Webber and Lin-Manuel Miranda plus performances featuring casts and special guests from The Phantom of the Opera, Hamilton, Six, The Lion King and Joseph and the Amazing Technicolour Dreamcoat.