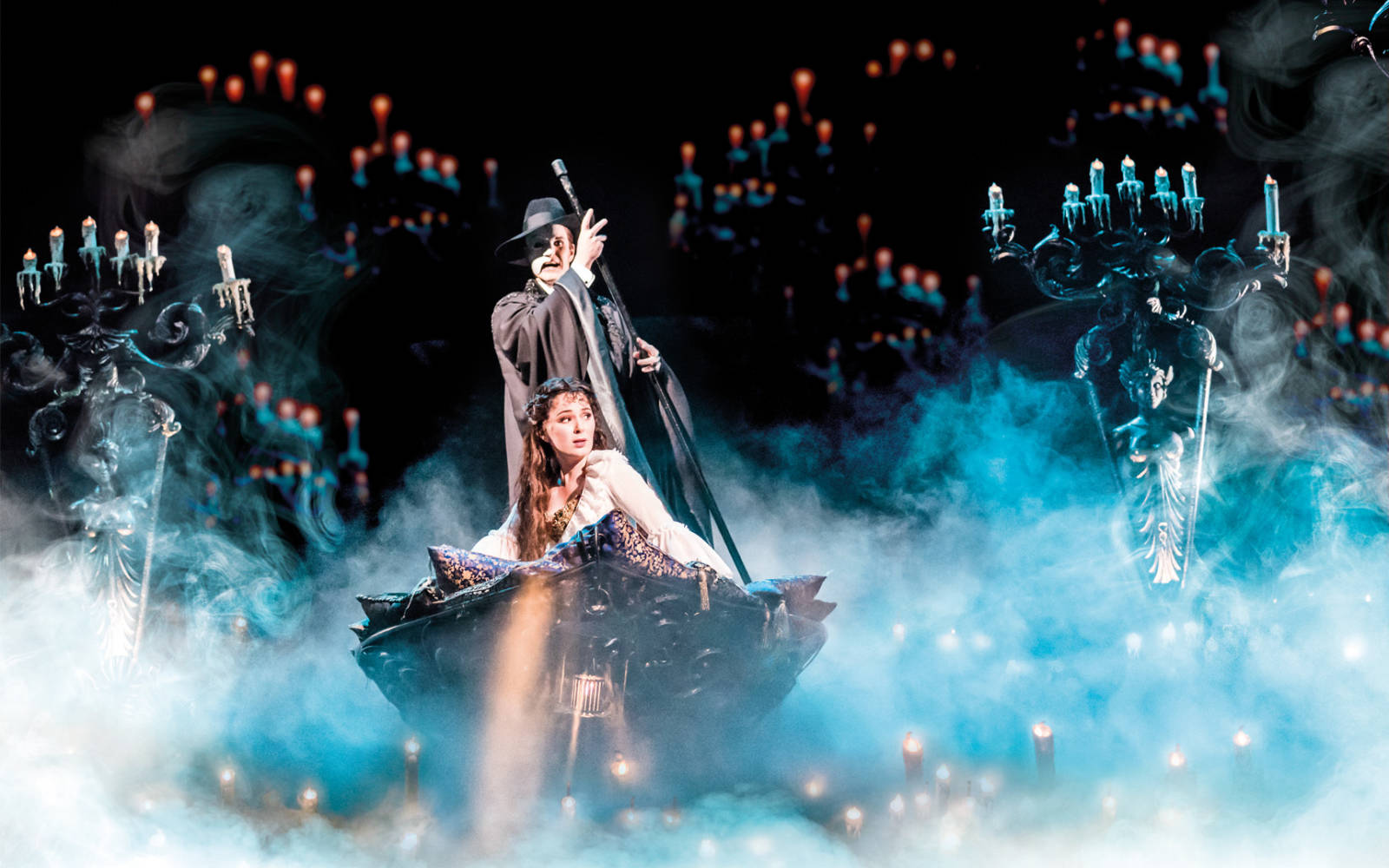 On Monday 10 October, the West End production of Andrew Lloyd Webber’s iconic musical “THE PHANTOM OF THE OPERA”, at the Her Majesty’s Theatre, celebrates its 30th Anniversary with a very special charity gala performance in aid of The Music in Secondary Schools Trust. Tickets are on sale now via Her Majesty’s Theatre Box Office.

To celebrate this milestone, the current stellar cast including Ben Forsteras ‘The Phantom’, Celinde Schoenmaker as ‘Christine Daae’ and Nadim Naaman as ‘Raoul’ will be joined onstage by members of the original company and special guests in a special finale.

Tickets are priced at £30 and £19.86. There will also be 30 pairs of exclusive tickets priced at £300 each (£600 per pair) which include top price seats and an invitation to the private after-show party.

Andrew Lloyd Webber’s THE PHANTOM OF THE OPERA is produced by Cameron Mackintosh and The Really Useful Theatre Company Limited and opened at Her Majesty’s Theatre on 9 October 1986 starring Michael Crawford as ‘The Phantom’ and Sarah Brightman as ‘Christine’.

In October 2010 the show celebrated its 25th Anniversary with a spectacular staging at London’s Royal Albert Hall which was broadcast live to cinemas around the world by Universal Pictures and in October 2016 will have played 12,500 performances in London. THE PHANTOM OF THE OPERA became the longest running show in Broadway history on 9 January 2006, surpassing the previous record holder, Cameron Mackintosh’s production of Andrew Lloyd Webber’s “Cats” and on 26 January 2013 celebrated an amazing 25 years on Broadway.

THE PHANTOM OF THE OPERA has won over 50 major theatre awards, including three Olivier Awards in the West End and seven Tonys on Broadway. It was the winner of the Olivier Audience Award, voted by the public, in the 2016 Laurence Olivier Awards.

THE PHANTOM OF THE OPERA became the first stage production to reach worldwide grosses of $6 billion. Revenues far surpass the world’s highest-grossing film “Avatar” (at $2.8 billion), as well as such other blockbusters as “Titanic”, “The Lord of the Rings”, “Jurassic Park” and “Star Wars”. Worldwide, a staggering 140 million people have seen THE PHANTOM OF THE OPERA in 35 countries and 160 cities in 15 languages.

Tickets for this very special performance are available from Her Majesty’s Theatre box office, in person, on 0844 412 2707† or online:

The Music in Secondary’s School Trust is a charity registered in England and Wales (1151662) www.musicinsecondaryschoolstrust.org.uk.