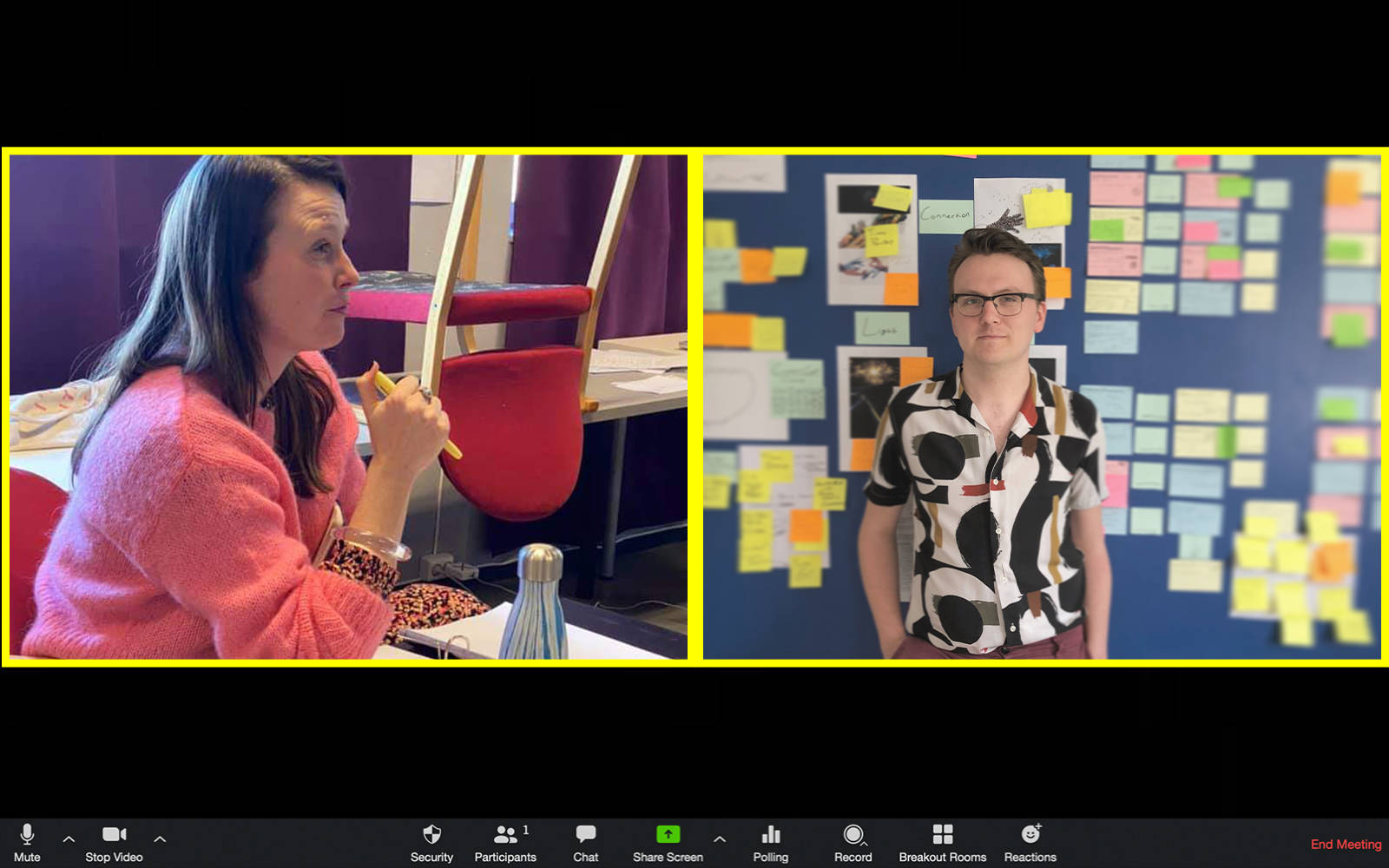 The Other Palace interviewed curators Matt Powell & Victoria Saxton to discuss the inception of on hope: a digital song cycle  what defines a ‘digital song cycle’ and what audiences can expect.

on hope: a digital song cycle is an unprecedented outpouring of new musical theatre pieces designed to spark hope during this global crisis. The trilogy blends together pre-recorded and live performances of songs written by over 60 international composers and features a cast of over 100 performers while in isolation.

How did the idea of on hope: a digital song cycle come about?

Victoria Saxton (VS): on hope: came to life after Matt and I simultaneously tweeted about what a digital musical theatre experience might look like now that theatres are closed. We’ve never met in real life – and still haven’t! Thank goodness for Zoom. Within twenty-four hours we had launched on hope:.

Matt Powell (MP): We designed on hope: to provide the musical theatre community a collaborative, artistic output during this time of uncertainty. The theme was decided after talking with composers about what they’d like to explore in this shared space. It felt important to focus on a theme that sparked light and joy in a time of darkness.

What can one expect from a ‘digital song cycle’?

(MP) A song cycle typically consists of a series of songs designed to be performed in sequence. In the musical theatre world, these are often themed around the works of a composer (e.g. Sondheim on Sondheim) or a stimulus (e.g. Songs for a New World, Ghost Quartet). A song cycle also doesn’t follow a typical musical’s narrative structure or have dialog, but rather songs flow from one to another.

We coined the term ‘digital song cycle’ to reflect both the medium it is presented and the way it is created. Furthermore, in times where physical social interaction is unachievable, the scope of digital technologies allows us to continue to create and innovate, arguably bringing us closer together than ever before. A global song cycle of this nature would be almost impossible to achieve in real life: the digital aspect allows us to bring in more voices and new visual experiences that would be impossible in a staged performance. We’re thrilled to have The Other Palace act as our ‘digital venue’ for the project.

(VS) When we got the song ideas back from the writers, Matt and I spent a lot of time looking at how they might inter-connect and if there was a theme, aside from hope! We landed on a trilogy structure, partly because there are just so many songs – over 60 – to include. Without wanting to give too much away – the trilogy follows 24 hours around the globe – so we can zoom in and hear different stories about hope from around the world.

What makes this form different but just as exciting as a live theatrical performance?

(MP) Whilst theatre doors are currently closed, many people are working to keep the magic of theatre alive. From ALPMusicals and Leave a Light On concert series to experiencing professional recordings of brilliant shows including Andrew Lloyd Webber’s musicals and the National Theatre, it’s incredible to see so many people working to innovate new ways of accessing live performance.

What creating on hope: has taught me is how we are at a really interesting intersection of media. The output of the show is film, yet the art form is theatrical. It sits in a fairly undiscovered territory which has been so exciting to play with. I’ve been working with fantastic creatives to mix live performances from the composers’ living rooms, crafted recordings and animation. This process has opened up the chance for unique collaborations and creating a truly bespoke theatrical experience.

(VS) The other thing that makes a digital event different and exciting is the sheer number of people involved. We have over 60 writing teams from across the globe, in different time zones, 100 performers, plus a tech team, video editors, arrangers and choreographers. It simply wouldn’t be physically possible to work with this number of people ‘in the real world’. We have been overwhelmed by people’s generosity and eagerness to be involved.

What aspects or performances are you most looking forward to in on hope: a digital song cycle?

(VS) Matt and I are passionate about supporting new work, which is at the heart of The Other Palace’s ethos. I’m really excited that a lot of writers will be new to audiences. We’ve got experienced pro’s such as Rob Rokicki (Broadway’s The Lighting Thief) rubbing shoulders with Meg & Laura McGrady who are exciting emerging UK talents. There is a wonderful community feeling about this. We’re also hoping (excuse the pun) this leads to new collaborations when lockdown ends!

(MP) I’m really excited to see such a variation in performance style! We have original animations, live and pre-recorded performances, and stunning visual aspects. I also cannot wait to see everyone together on the night and celebrate our amazing musical theatre community that’s formed in this project.