Nigel Slater's TOAST comes to The Other Palace 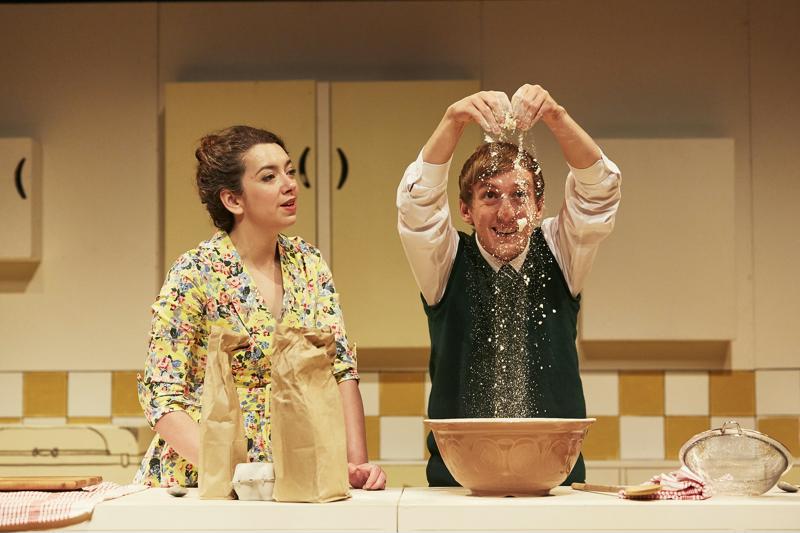 Following its world premiere at The Lowry, Salford, in May and a sold-out run at as part of Traverse Festival 2018 at the Edinburgh Festival Fringe, it is today announced that the critically acclaimed stage adaption of Nigel Slater’s best-selling memoirs Toast is coming to The Other Palace in April 2019.

Based on the British Book Awards Biography of the Year, Toast is a new play based on Nigel Slater’s award-winning autobiography. Vividly recreating suburban England in the 1960s, Nigel’s childhood is told through the tastes and smells he grew up with – to reflect this, audiences will be offered samples of the dishes and tastes central to his story during the show.

From making the perfect sherry trifle, waging war over cakes through to the playground politics of sweets and the rigid rules of restaurant dining, this is a moving and evocative tale of love, loss and…toast.

Originally produced by The Lowry for Week 53 festival, Toast is written by Henry Filloux-Bennett and directed by Jonnie Riordan.

Nigel Slater said of today’s transfer announcement: “I am absolutely delighted that Toast will transfer to The Other Palace next April. It’s been wonderful to see my story so sensitively adapted and so creatively staged this year. The response from audiences and critics alike has been heart-warming and it’s indeed a festive gift to announce that the show will continue into 2019 in London.”

Director Jonnie Riordan added: “I’m really excited that we can bring Nigel Slater’s Toast to the London stage. A huge amount of love has gone into the creation of this show and it is so thrilling to see the production’s evolution since its world premiere at The Lowry. We can’t wait for audiences to see the show next April.”

Casting to be announced.

The author of a collection of bestselling books and presenter of nine BBC television series, Nigel Slater has been the food columnist for The Observer for 25 years.

His memoir ‘Toast – the Story of a Boy’s Hunger’ won six major awards, has been translated into five languages and became a BBC film starring Helena Bonham Carter and Freddie Highmore.

Nigel is currently working on a new book and television series.

Nigel Slater’s TOAST comes to The Other Palace from Thu 4 Apr to Sat 3 Aug.