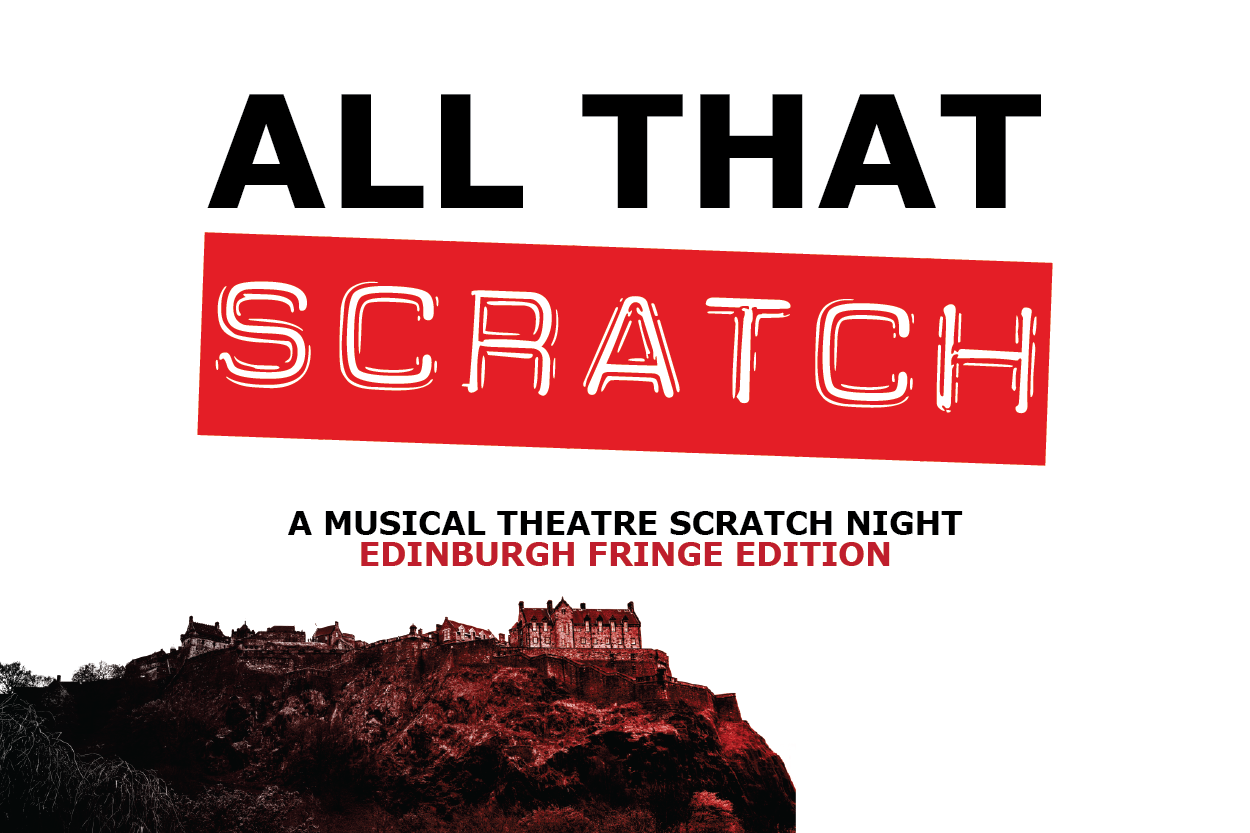 The line-up for the fourth episode of All That Scratch, a collaboration between The Other Palace and All That Productions, has been announced with brand new musical theatre songs from emerging talent who are going to the Edinburgh Fringe Festival this year. The pieces will be performed live at the recording of the fourth episode of the podcast on 23 July. Tickets to the live event are just £7.50 and available here.

The featured pieces include the songs ‘Bag for Life‘ and ‘FishCakes‘ from Unexpected Item in the Bagging Area by Jamie Bisping, Amaya Holman and Laurence T-Stannard; ‘We Didn’t Make It To Disney’ and ‘Another Day‘ from Unfortunate: The Untold Story of Ursula the Sea Witch by Fat Rascal Theatre, Robyn Grant, Daniel Foxx and Tim Gilvin; ‘Rising‘ from Berlin Girl by George Rennison; ‘Fire‘ and ‘Mountains‘ from Rust by Helena Fox and Geraint Owen; ‘Crossfire‘ from Tokyo Rose by Cara Baldwin and Maryhee Yoon.

All That Scratch is thrilled to be presenting such an exciting selection of brand new musicals that are taking their productions to Edinburgh this year. This episode will feature Fat Rascal’s hilarious take on the story of Ursula from The Little Mermaid and Burnt Lemon’s rap musical which is supported at the Fringe as New Diorama Theatre and Underbelly’s Untapped Award winning companies. This episode will also present two original musicals from the Cambridge Musical Society where the West End hit Six was developed.

Alex Jackson and Charlie Norburn of All That Productions said “We had the idea of an Edinburgh Fringe special a little while ago, and it’s great that we can make it a reality with these talented companies.”

Kiki Stevenson, Artistic Programme Coordinator at The Other Palace explains why audiences should be excited about the Edinburgh Special podcast release: “This episode of All That Scratch will give audiences visiting the Fringe and across the world the chance to have an exclusive first listen to this year’s brand new musicals set to take Edinburgh by storm.”

BOOK TICKETS FOR ALL THAT SCRATCH

Listen to the All That Scratch Podcast