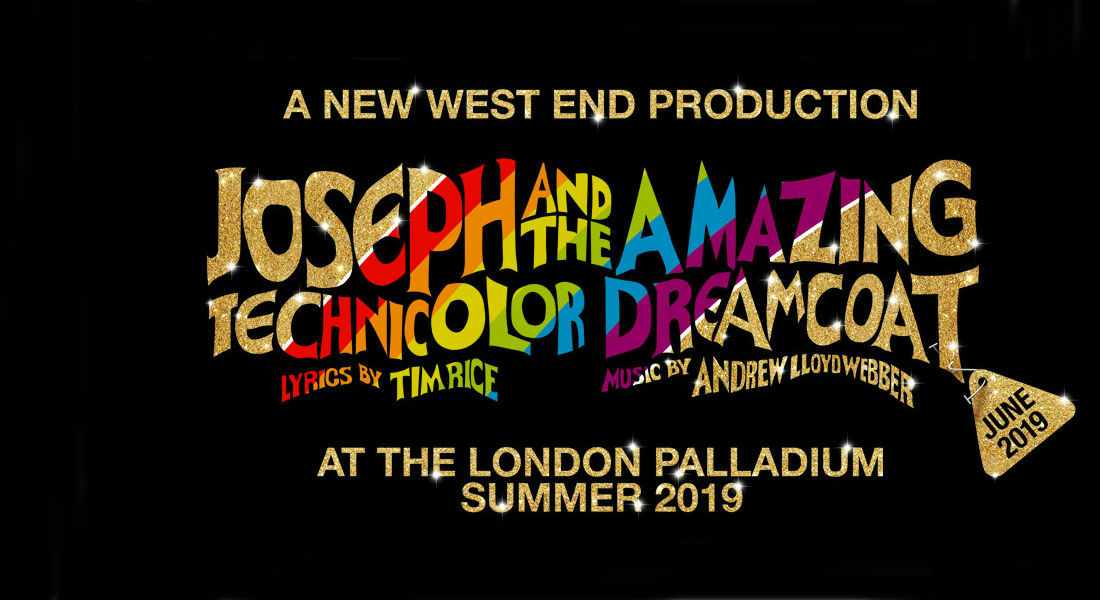 The iconic musical Joseph and the Amazing Technicolor Dreamcoat will return to The London Palladium in summer 2019, re-imagined in a brand new production for its 50th anniversary.

With music by Andrew Lloyd Webber and lyrics by Tim Rice, Joseph will play a strictly limited 11 week season from Wed 26 June until Sun 8 September, with opening night Thu 11 July 2019.

How to get Joseph and the Amazing Technicolor Dreamcoat tickets? Sign up to our waitlist to be one of the first to book via The London Palladium official box office (and pay no booking fees).

Produced by Michael Harrison and The Really Useful Group, this new production will feature an entirely new cast and creative team, to be announced at a later date.

First released as a concept album in 1969, Joseph and the Amazing Technicolor Dreamcoat is adored by audiences from the West End to Broadway with productions performed in more than 80 countries. Its score is filled with classic songs, including Any Dream Will Do, Joseph’s Coat, Close Every Door To Me, Jacob and Sons, There’s One More Angel In Heaven and Go Go Go Joseph.The title character of Joseph has become one of the most legendary roles in theatre, with the likes of Jason Donovan, Phillip Schofield, Lee Mead, Joe McElderry and Donny Osmond having donned the famous coat of many colours.