"It’s going to be fabulous, baby!" - Jade Justine tells us about her upcoming show 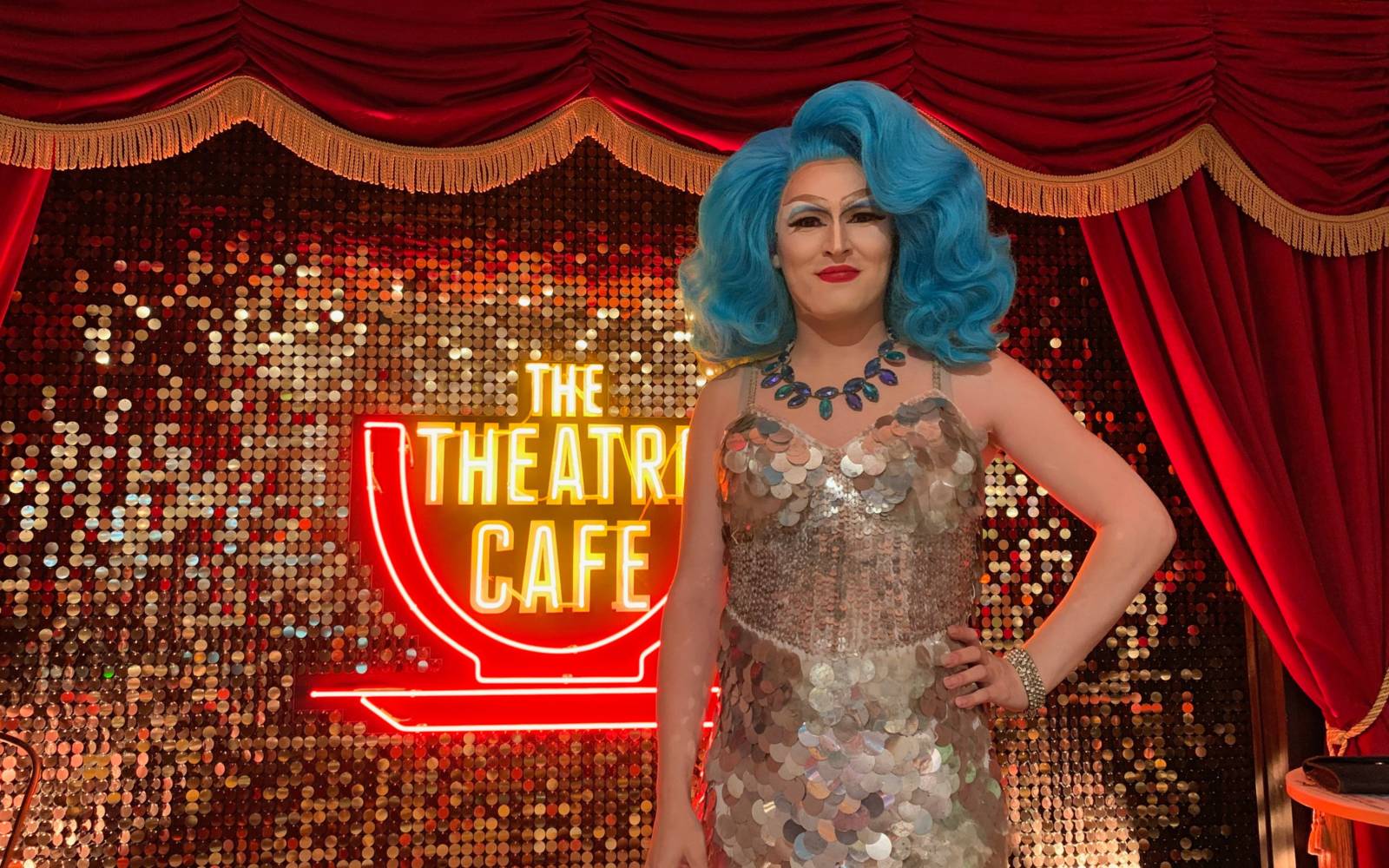 The award-winning UK Drag Sensation Jade Justine is getting ready to bring her stagey revue Everything’s Coming Up Jade to our Studio on Friday 2 August. We sat down with Jade to discuss the inspiration for her show, her favourite show tunes and how she goes about combining the art form of drag with musical theatre.

We’re very excited to welcome you to The Other Palace next month! Can you let the audience know what to expect from the show?

Oh gosh, where to start! Well without revealing too much, as there will be surprises along the way, there’s something for everyone; we’ve got a mix of musical theatre to make sure no one is alone! We’ve got vocals to make you go ooh, choreography to make you go ahh and stagey star power that will leave you screaming for more. It’s going to be fabulous, baby!

Can you describe Jade Justine to those who may not be familiar with her?

Jade Justine is fierce, fabulous and full out. Intrigued? Then come and see this stagey drag diva in action!

Your show combines drag and musical theatre, which sounds like a fantastic combination. How did the idea for it come about?

As both a drag and musical theatre performer, the idea of marrying the two together feels practically perfect in every way. With drag becoming more mainstream, both in and out of the theatre community, I couldn’t think of a better time to celebrate the art forms coming together. From as early as Ancient Greece drag and theatre have been a true Bonnie and Clyde, but from where it started as a way to segregate women from the arts we kept climbing and climbing to a new world where playing characters of the opposite sex has enabled us to explore gender as a more fluid concept and I think that is pretty damn special! After all you can change the world when you change you’re mind…

Drag has become such a popular art form over the past few years, with shows like RuPaul’s Drag Race bringing drag to a mainstream audience. How do you feel this has affected drag culture in the UK?

Personally, I believe drag race has brought many good things to the drag community, as well as maybe a few misconceptions and expectations. It has been a massive part of bringing drag culture into the mainstream, thus making venues busier and providing more work. However, for some, it has created an almost tunnel vision; where they believe that there is only one way to do drag and anything out of the niche is almost not up to scratch. On the flip side, I also think it is a shame when established UK drag queens disregard drag race as a credible platform for drag, although I do understand it can be frustrating when audience members desperately try to compare you to the latest Drag Race queen. Additionally, to those who only live in the realm of commercialised drag – of course, it’s a wonderful thing to celebrate your local UK queens; but more than that, by not doing so you are missing out on seeing some truly amazing artists and I would encourage you to experience this, as I believe it will only cause your love of drag to grow. Personally, I believe (not to sound like I’m giving a Miss World speech) that everyone appreciating and understanding the different styles within drag as an art form should be both celebrated and encouraged. That being said I love watching Drag Race and can’t wait to see some of my sisters in the upcoming UK season.

Now that is a very hard question! With musical theatre being as diverse as it is, it’s difficult to choose just one. When you have such a plethora of sub-genres, they start to become incomparable. For instance, I have a huge love for shows such as Rent; Company; Kinky Boots; Little Shop of Horrors; Bare; Heathers; The Cher Show; Waitress; Everybody’s Talking About Jamie and Hair. Each show has value in a different way, creating a different impact and feeling. If I had to pick one though, it would have to be Wicked. I have always had a huge love for musical theatre, but I remember seeing Wicked for the first time, back in 2007, and it sparked something inside me that made my love grow so much stronger. There’s something very special about it, not just with the show itself, but also with the community that surrounds it. Wicked holds a very special place in my heart and I could not be more excited to have the most recent Elphaba, Alice Fearn, joining me as one of my special guests.

Again, such a difficult question to answer! It probably comes as no surprise though, that I would have to pick Defying Gravity. It’s such a stunning song and so beautifully sewn together. It still manages to give me goosebumps every time Elphaba flies. The message of the song is so powerful and relates to such a vast range of people, I think that’s part of what makes the song so evocative.

Get ready for the stagiest rollercoaster ride you’ve ever had! Catch Jade Justine in her one-night show ‘Everything’s Coming Up Jade’ at The Other Palace Studio on Fri 2 Aug, 8pm.