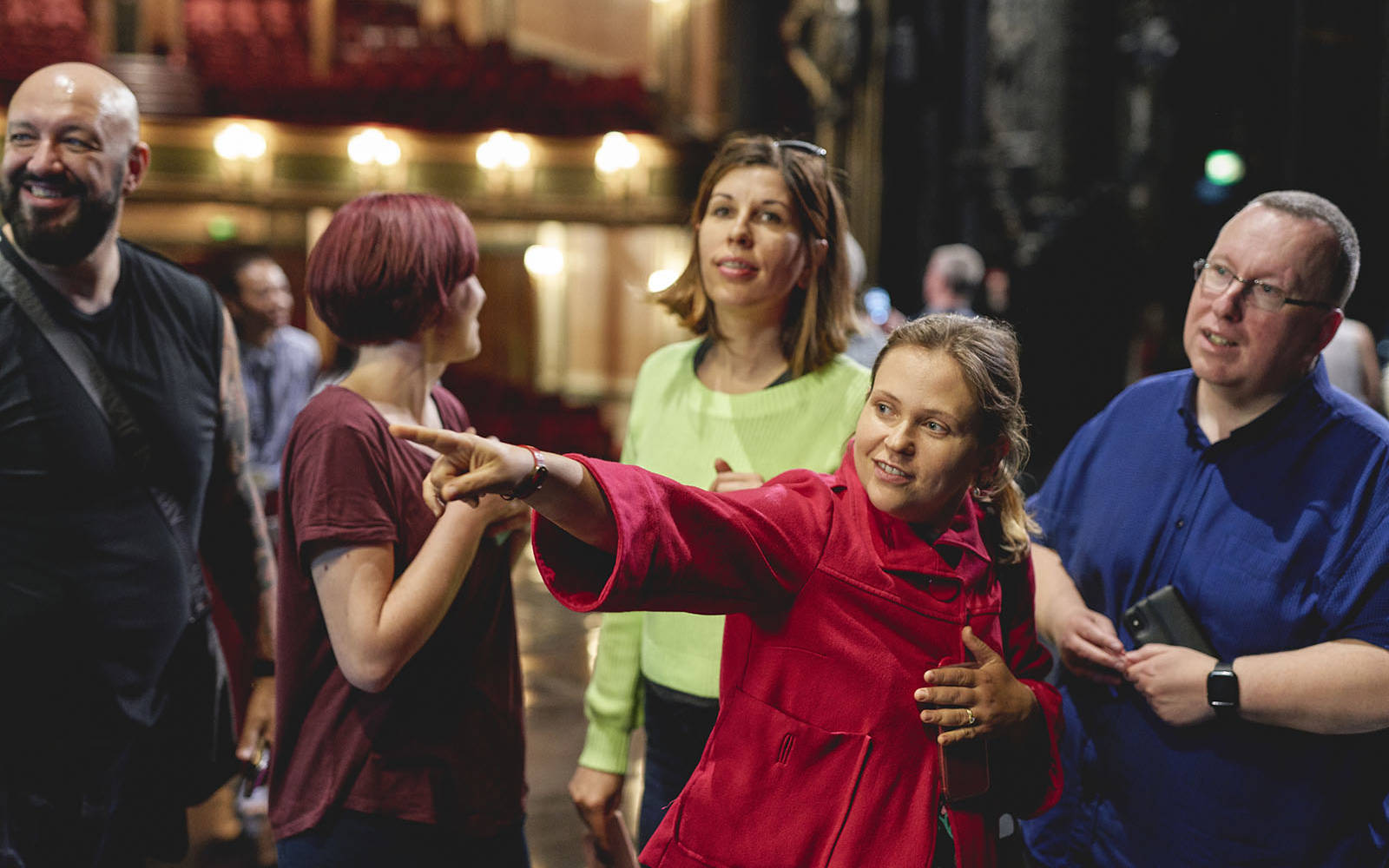 This year we partnered with the London Festival of Architecture (LFA) to put on a rare tour of Her Majesty’s Theatre, opening the doors and exploring the architecture of this stunning French Renaissance design.

Her Majesty’s Theatre opened in 1897 under the tenure of actor-manager Herbert Beerbohm Tree but it’s not the first theatre to be built on the site. The corner of Haymarket and Charles II Street has been a site of entertainment since 1705, with four different theatres over the period. We explored the vast history of the theatre including the original manager’s office on Charles II St, its early entrance from the beautiful Royal Opera Arcade, the Victorian understage machinery and the magnificent Dome Room.

Started in 2004, the London Festival of Architecture (LFA) celebrates London as the global hub for architecture and has since grown to become the world’s largest annual architecture festival. From 1 – 30 June 2019 you can enjoy a vast programme of architectural events all over London. Here’s a picture gallery of our special event.