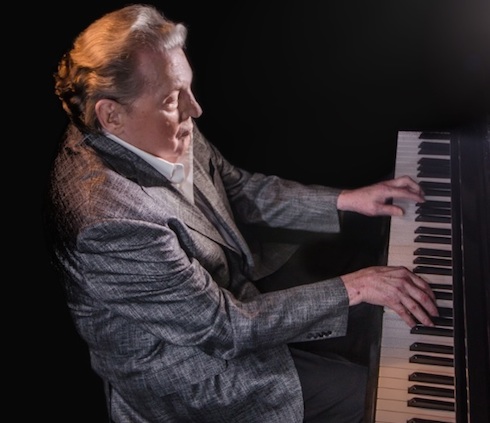 Dubbed ‘The Killer’ following his early career in the world of rock and roll, Jerry Lee Lewis graced the stage of The London Palladium to mark his 80th birthday – with his actual birthday falling today (29th September) – at the beginning of this month.

Performing to a sold out audience on a Sunday evening, the rock’n’roller opened the show with Stick McGhee’s blues classic, “Drinkin’ Wine Spo-Dee-O-Dee”, before exciting the auditorium with his version of Chuck Berry’s “Sweet Little Sixteen.”

Lewis ended the show on a high note with his own hit-classic “Great Balls of Fire”, before being joined on stage by Ringo Starr, Robert Plant and a host of musicians who wheeled a cake on to the stage in tribute to the music legend. Starr later tweeted a photo of himself outside Lewis’ dressing room with the message, “Had a great time at the Jerry Lee Lewis show in London. Happy birthday Jerry peace and love Rx”

So – here’s to wishing you a very Happy Birthday indeed, Jerry! From all at the London Palladium.