Goldilocks and the Three Bears comes to The London Palladium

The 2019 Christmas pantomime is revealed 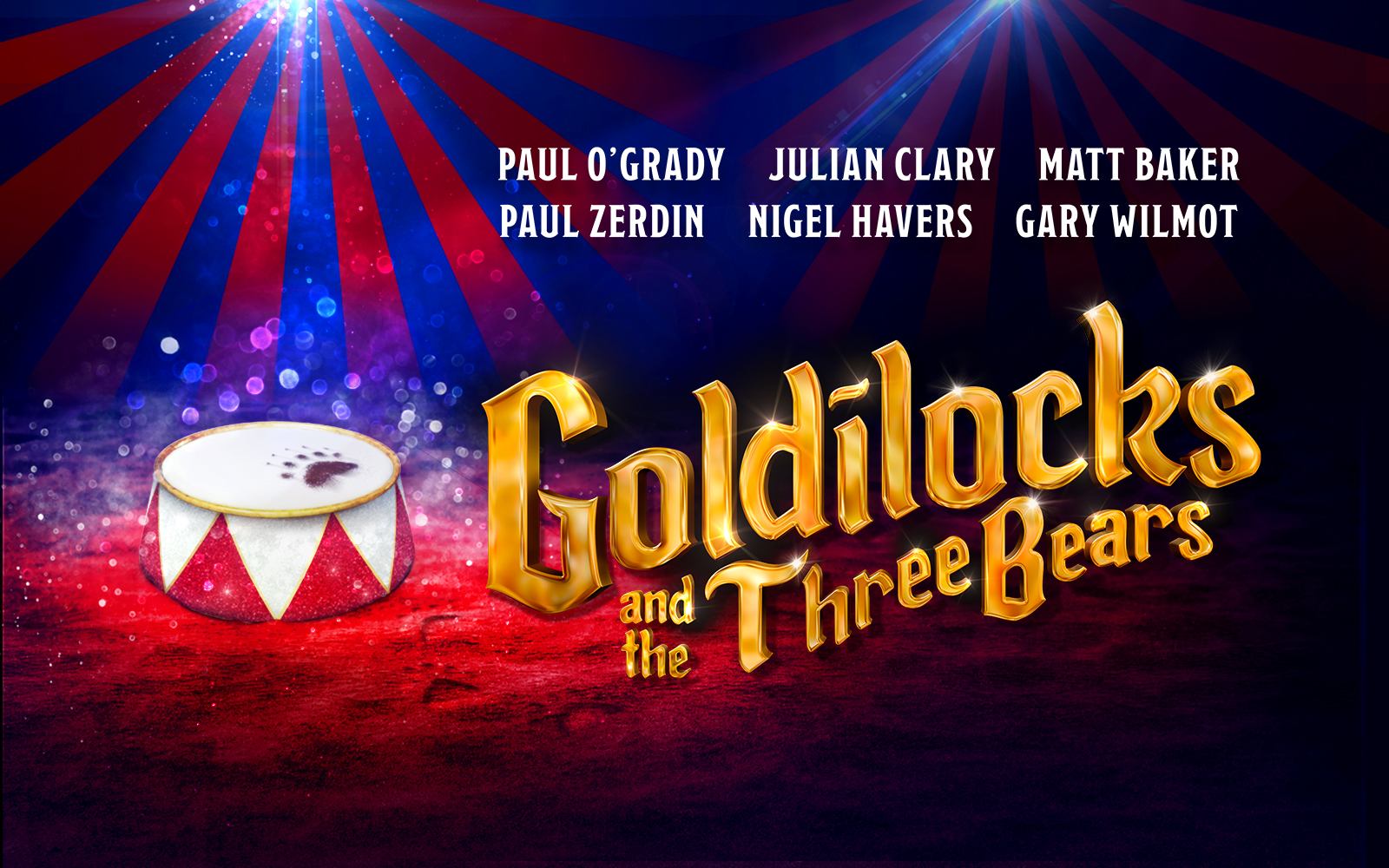 The news is out: Goldilocks and the Three Bears is coming to The London Palladium for this year’s pantomime.

Paul O’Grady makes a grand return to play The Evil Ringmaster. Joining O’Grady and making his Palladium Panto debut will be Matt Baker as Joey the Clown who will star alongside season regulars Julian Clary as The Ringmaster, Paul Zerdin as Silly Billy, Nigel Havers as Daddy Bear and Gary Wilmot as Dame Betty Barnum.

Joining the cast will also be a series of speciality acts including internationally renowned illusionist Phil Hitchcock, The Skating Medini (Asia and Dylan Medini) – a dynamic high-speed roller-skating act from one of Italy’s oldest circus families, Sascha Williams – ‘Rola Bola’, from the Belli Family Circus in Germany and Europe’s youngest stunt rider Peter Pavlov and the ‘Globe of Speed’.

Dame Betty Barnum and her daughter Goldilocks’ circus is under threat from an evil rival circus owner and, with the help of their madcap circus friends, they’re battling to rescue their Big Top from ruin. Will they succeed? All seems lost, until three brilliant bears join the gang… Roll up, roll up to see panto join the circus, and be swept away by The London Palladium spectacular that’s just right at the home of pantomime!

Returning for the fourth year and once again produced by the Olivier award-winning team and directed by Michael Harrison, choreography will be by Karen Bruce, set design will be by Ian Westbrook, with a returning team of costume designers including Hugh Durrant, visual special effects by The Twins FX, lighting by Ben Cracknell, sound design by Gareth Owen and original music by Gary Hind.

Goldilocks and the Three Bears begins at The London Palladium on Sat 7 December 2019 for a strictly limited five week run until Sun 12 January 2020.