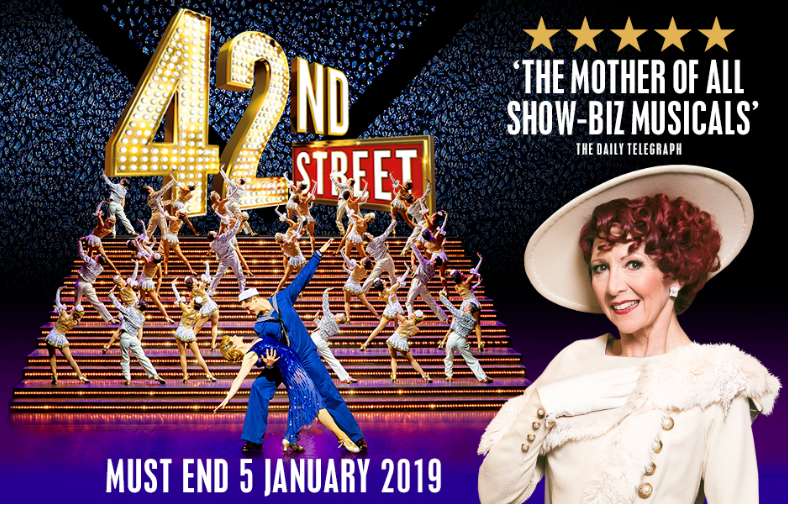 ‘The mother of all show-biz musicals’

‘Come & meet those dancing feet, you won’t regret it.’

It’s official. The critics love her. Joining the West End’s biggest cast, Bonnie Langford has tapped into the role of legendary diva Dorothy Brock alongside Tom Lister as Julian Marsh and Clare Halse as the young Peggy Sawyer, fresh off the bus from small-town America.

Packed full of iconic songs like We’re In The Money and Lullaby of Broadway, book today to catch Bonnie in the spectacular 42nd Street – entertainment doesn’t get bigger than this.