Diversity: "It’s not humbling or baffling, it’s one of the most incredible things." 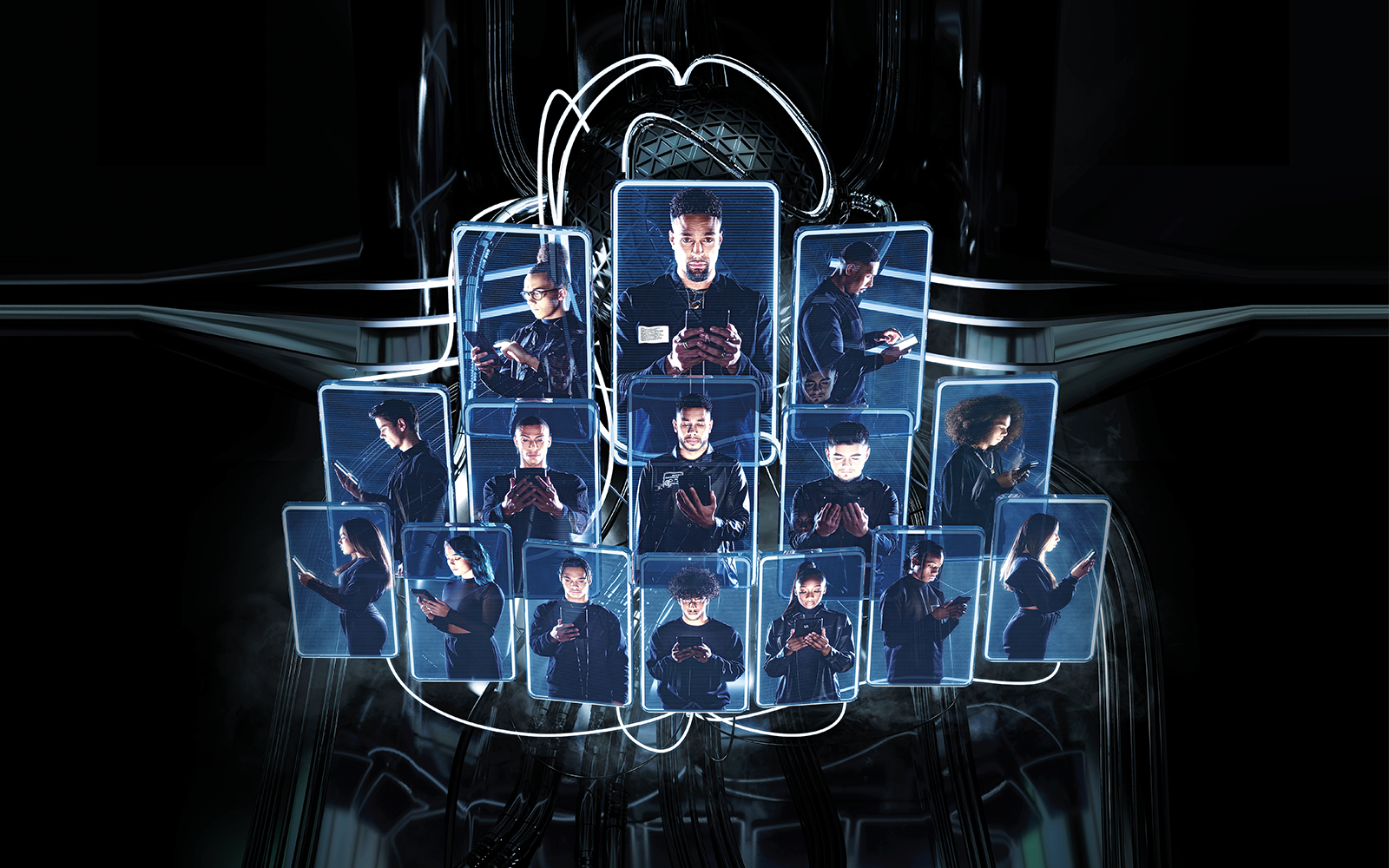 From Britain’s Got Talent to the Baftas, Diversity are going from strength to strength. Ahead of their shows with us at The London Palladium next year, we caught up with Perri and Jordan from the group on touring, creativity and how a four minute performance changed the course of their careers.

Congratulations on adding ten extra days to the tour. How does it feel knowing there is such huge demand to see you guys?
Perri: “The last tour we were on, I remember getting ready for it. It was just under 50 dates. We were like, ‘This is crazy’. I didn’t know if we were physically going to be able to get through it. We have a physio with us, but we thought, ‘This is going to be a monster tour’. Hearing that this is pretty much 80 [dates] is scary but after the last year we’ve had, I don’t think it could come soon enough. We’ve all been craving that audience engagement for one. We’re dying now to get out there and perform in front of an actual audience.”

As creatives, being on stage is a release so you need to get on stage to let it out.
Jordan: “You’ve hit the nail on the head. For us it has been a real adjustment. We’re used to being a team working together. My mum is our manager, Ash [Banjo] is choreographer, our best friends are everyone in the group. Perry’s little sister is in Diversity now. We spend so much time together as family and friends. In the first lockdown we were rehearsing for a show – we were launching a dance school – the event got pulled. Within three or four days we went into a lockdown.”

How do you get your stamina up and running for going on tour?
Perri: “It’s really hard to get your fitness up for a tour. The only thing that gets you ready, is the show. Obviously, you get fitter throughout the whole thing, but the minute you start the shows, you fall in getting fitter. It’ll be a bit of a struggle; we haven’t done it in such a while. We’ve done odd performances, but it’ll be a shock to the system. We’re all getting on a bit, so the physio is needed.”

Jordan: “You can rehearse the same show for maybe a year, feel ready and confident. The moment you step on stage and do it the output goes up 100%. When you’re physically performing and there’s a crowd, the energy changes. You go on autopilot. It’s like a conversation. You can’t gauge it until you actually do it. Every show is different. One thing you can’t account for on tour is injuries, which is why we have Dave. It’s very rare we have a tour, touch wood, where something happens where people can’t get through. We’ve had tours when I’ve had broken ankles and thumbs, Dave always manages to strap us up and get us through. The physical side of stuff, especially after a year of being out of it. A consistent three-month tour would be a shock, but you prep as well as you can for something like that and steadily get more used to it as you’re on the tour.”

Is there anything you can share about the tour? Any themes or costumes?
Perri: “This is what happens. Ash comes up with this crazy tour and crazy idea. It sits in his head and his notebook. If you looked at his notebook it looks like it was a two-year-old that’s scribbled around.”

Perri: “If someone thought they could figure out Ash’s mind from seeing his notebook they’d have no chance. Usually, a couple of weeks before the tour he sits us down and is like: ’This is what’s been happening in my mind and we’re going to bring this to life’. That stage hasn’t even happened yet. I know when it comes to tours Ash is always pushing the boat out.”

Jordan: “He’s had Perri flipping around with fire. I’ve had to learn how to use fire. He’s strapped himself in a tank under water for two minutes at a time. All this crazy stuff. I feel like I say it every time we go on tour, but this is the show that is going to push the boat out more than ever. The choreography, music and costumes are going to be bigger and better. Not only do we want it for ourselves to do a good show, but we feel like it’s for everyone who’s waited an extra year to come and see the tour.”

Perri: “It’s going to represent a lot, everything that everyone in the world has been through in this past year. We’re buzzing to get out there finally and just perform.”

Congratulations on your BAFTA win for your Britain’s Got Talent performance last year. How do you feel?
Perri: “There was a lot of negativity around it with the complaints, but that was heavily outweighed by the positives. You do focus on the negative things and we haven’t had a backlash like that before. You go out to perform and understand some people aren’t going to like what you do, but you don’t expect a reaction like that. When you put that negativity aside, you see how many people are coming up to you and genuinely feel proud of what you’ve done. They don’t have to go out of their way, but they’ve been affected. That’s what we set out to do.”

Jordan: “All of us are from different backgrounds. Who would have thought ragtag boys entered and won BGT then 10 years later were nominated for a BAFTA for a piece of choreography – a performance that we put our heart and soul into – and it evolved from then. From performing in shopping centres to winning a BAFTA. I can’t explain it. It’s not humbling or baffling, it’s one of the most incredible things.”

Will there be future braver performances after that or was that a moment in time you needed to express?
Jordan: “It was a moment in time for us. You’re lying if anyone says the George Floyd moment and the Black Lives Matter movement wasn’t a huge part of 2020. Of course, it was. We were representing 2020 as a whole. We spoke about the NHS, the pandemic, loads of stuff, even though it’s been dubbed the Black Lives Matter performance. It wasn’t only about that, but I understand that was the moment that really stuck out to people; it was a little bit of a turning point. Maybe if you’d said to us three or four years ago about doing that, we maybe would have said, ’No, no, no’. I’m not saying that every six months there’s going to be an issue that makes us feel we’d want to get out there and make a performance about. But I don’t think we’d shy away now if someone asked us our opinion on a subject like that or in terms of performing. It wasn’t nice initially, but so much support came round it gives you the confidence to be yourself a bit more in that aspect.”

Diversity are coming to The London Palladium Thursday 7 – Sunday 10 April 2022. Get tickets here.