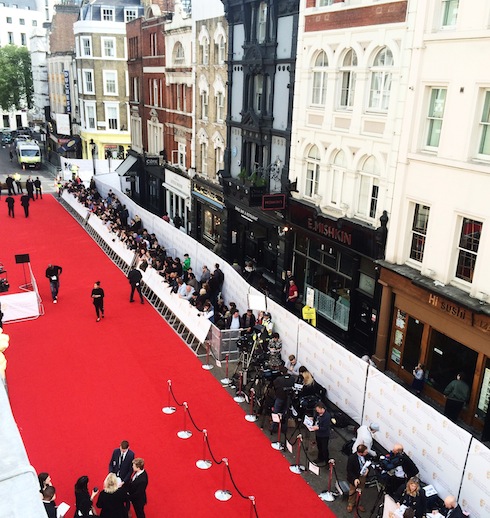 Jon Snow’s illustrious career in news and television was honoured as he received the BAFTA Fellowship Award, while the writer behind dramas such as Cilla and Mrs Biggs, Jeff Pope, was awarded the Special Award in recognition of his outstanding contribution to television.

In the comedy and entertainment categories, Mackenzie Crook and Adam Tandy picked up the prize for Scripted Comedy with comedy-drama Detectorists, while Ant and Dec had a hugely successful evening as they won best Entertainment Performance and best Entertainment Programme for their ITV show Saturday Night Takeaway.

Other big winners included feel-good BBC drama Marvellous which took away the awards for Single Drama and Supporting Actress in the form of Gemma Jones for her portrayal of Neil Baldwin’s mother, Mary, and viewers voted Sherlock as the Radio Times Audience award winner for 2015.