BACK TO THE FUTURE: THE MUSICAL SINGLE RELEASE 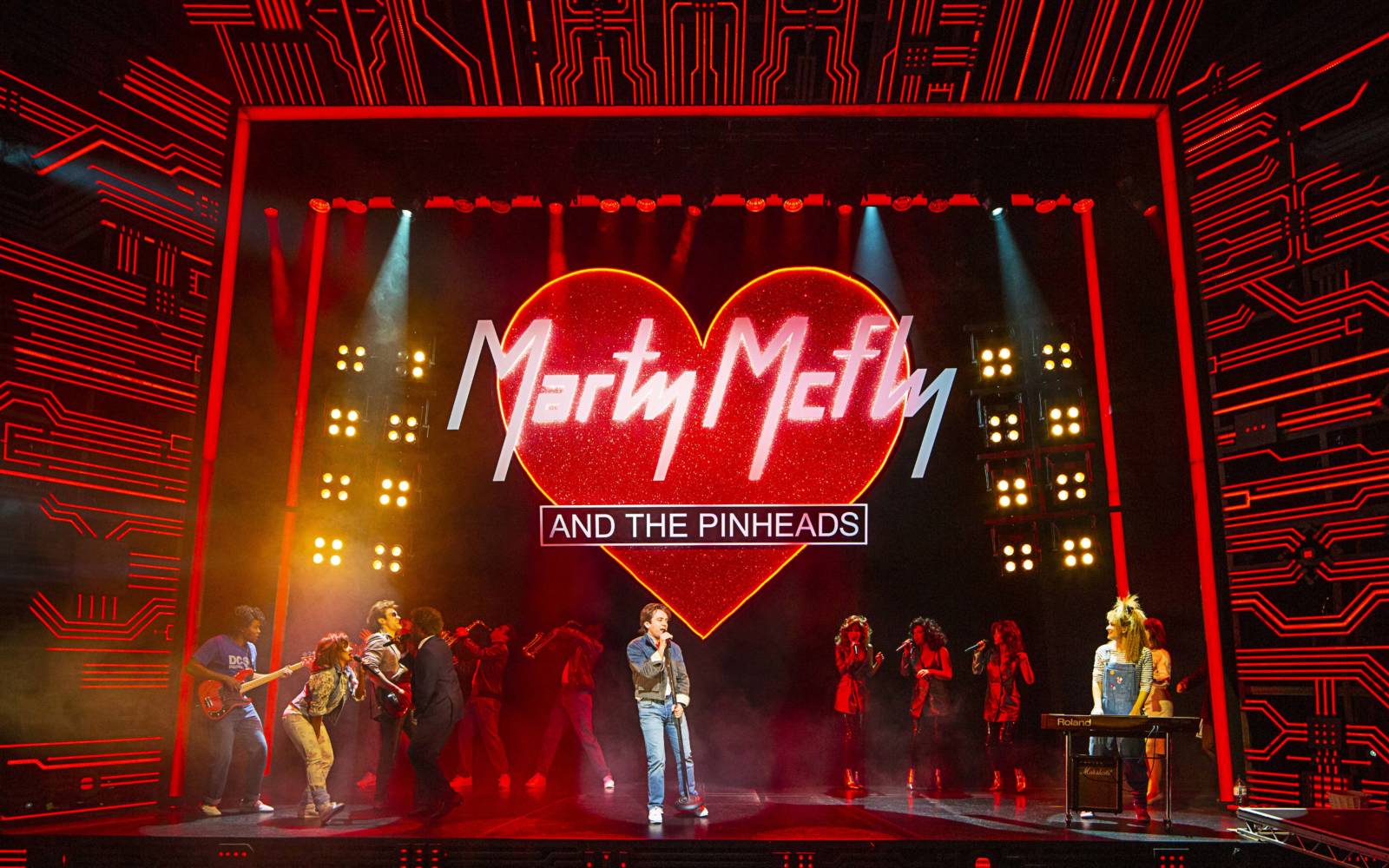 MASTERWORKS BROADWAY is delighted to announce that in early Summer 2021, it will release the Original Cast Recording to Back to the Future: The Musical.

The musical is scheduled to open in early Summer 2021 at the Adelphi Theatre in London’s West End and features new music by multi-Grammy winners Alan Silvestri and Glen Ballard alongside classic songs from the movie.

As a special treat for audiences eager to connect with ‘Back to the Future’ and to the exciting musical adventure awaiting them, Back to the Future Day on 21st October 2020 will see the release of the single ‘Back in Time’ featuring Olly Dobson.

WATCH THE ‘BACK IN TIME’ LYRIC VIDEO

Behind this eagerly-anticipated stage show are Producer Colin Ingram (Ghost – The Musical) and Robert Zemeckis and Bob Gale, the creators of the Back To The Future film trilogy.  The show moves to the West End following an out-of-town opening in March 2020 at the Manchester Opera House where it was enthusiastically received by critics and public alike.  Roger Bart and Olly Dobson will reprise the roles of ‘Dr Emmett Brown’ and ‘Marty McFly’ respectively. Also returning are Hugh Coles as George McFly, Rosanna Hyland as Lorraine Baines, Cedric Neal as Goldie Wilson, Aidan Cutler as Biff Tannen and Courtney-Mae Briggs as Jennifer Parker.

Mark Cavell, President, Sony Masterworks notes: “I am thrilled beyond all measure that Sony Music Masterworks will be bringing you the fantastic music from this great show, featuring a host of new songs from the combined talents of Alan Silvestri and Glen Ballard together with firm favourites from the movie”.

Back to the Future: The Musical is directed by Tony Award-winning director John Rando (Urinetown, On The Town), alongside the multi Tony and Olivier Award-winning design team of Tim Hatley (set and costume design), lighting design by Tim Lutkin, lighting consultant Hugh Vanstone, Gareth Owen (sound) and Finn Ross (video), with choreography by Chris Bailey, musical supervision and arrangements by Nick Finlow and Illusions by Chris Fisher. Orchestrations are by Ethan Popp and Bryan Crook, with dance arrangements by David Chase. Casting is by David Grindrod Associates.

Tickets from £19.55, book tickets to Back to the Future: The Musical here.