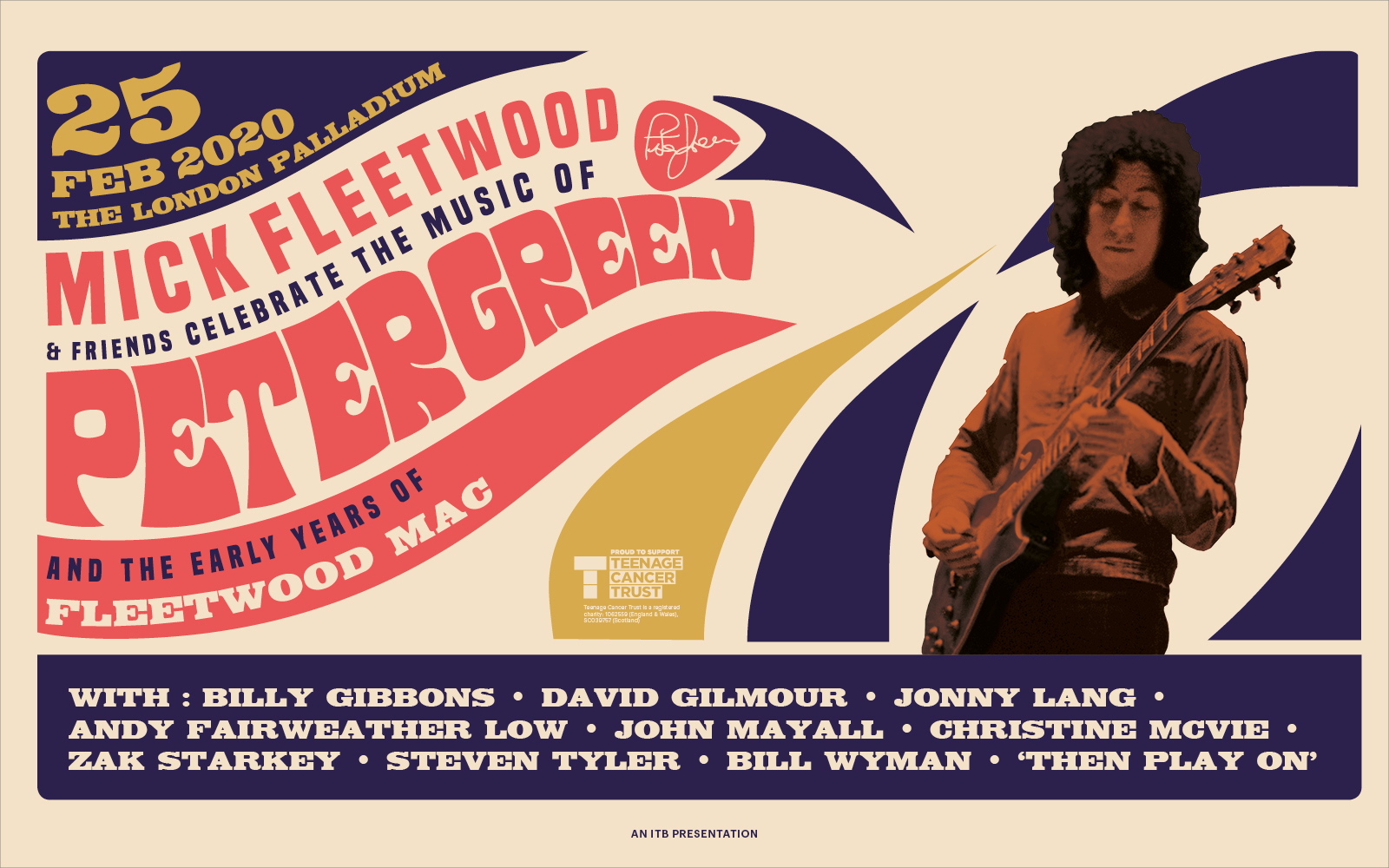 Legendary drummer, Mick Fleetwood has put together a stellar cast of musicians to celebrate the music of Peter Green and the early years of Fleetwood Mac.

Speaking about the show, Fleetwood said, “The concert is a celebration of those early blues days where we all began, and it’s important to recognize the profound impact Peter and the early Fleetwood Mac had on the world of music. Peter was my greatest mentor and it gives me such joy to pay tribute to his incredible talent. I am honoured to be sharing the stage with some of the many artists Peter has inspired over the years and who share my great respect for this remarkable musician. ‘Then Play On’…”

The show is in aid of Teenage Cancer Trust.