“When we found out the tour would include a show at The London Palladium, I think we both shed a tear.” 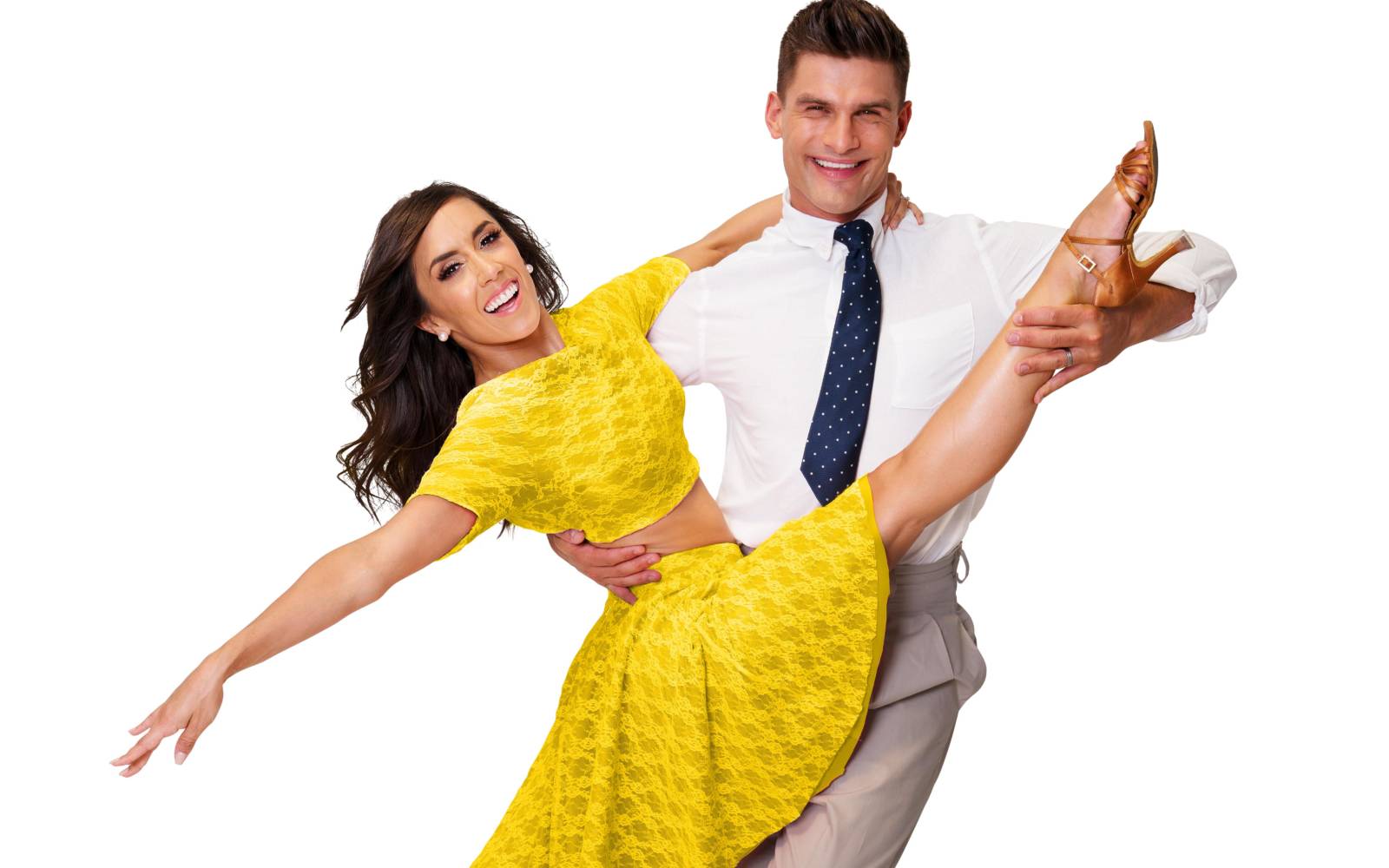 It was an original idea of Steven Howard, from the TCB Group, whose recent productions have included the aforementioned Remembering Fred,  Rip It Up: The 50s, starring Natalie Lowe, Jay McGuinness and Louis Smith, and Rip It Up: the 60s, starring Louis Smith, Harry Judd and Aston Merrygold. Now Howard, together with show director Gareth Walker, has dreamed up Remembering The Movies, which offers a much larger canvas on which to draw.

“We met him over dinner and as soon as he mentioned Remembering Fred, we knew we had a little gem on our hands,” says Janette. “And when we found out the tour would include a show at The London Palladium, I think we both shed a tear. It was a dream come true – and in front of our families who had flown to London from Slovenia and Miami.”

So which movies can the audience expect to see represented on stage? “We had to do The Greatest Showman and La La Land because they’re modern classics,” reveals Janette “Then there’s Singin’ In The Rain, Chicago and Cabaret. One of the most exciting segments is a whole James Bond section. Aljaž is going to be my James, the most handsome Bond ever. And we couldn’t not include romantic films like Casablanca and Titanic.”

Performing live is a completely different experience, says Janette, from appearing in front of a Strictly studio audience. “Yes, you have the idea in the back of your mind of all those millions of people in front of their TVs at home. But nothing compares to the buzz from a live audience in a theatre.”

Aljaž agrees. “And no two performances are the same. Without quite realising it, you feed off the people out there in the auditorium and each audience is different. Each one is unique, each show is one moment in time.”

But all the tours and personal appearances would never have happened, of course, if it hadn’t been for the biggest show on British TV. “We both joined Strictly in 2013,” says Janette. “It changed our lives completely and 150 per cent for the better. Up until then, our careers were in a sort of limbo. So to get to do the best TV show in the UK with my boyfriend and then fiancé and now husband… well, it doesn’t get much better.”

But it means they’re living and working together 24/7. Doesn’t Aljaž sometimes get on her nerves? She laughs happily. “Absolutely not. He makes me smile all the time. And we were friends first which I think is important.” Aljaž can’t stay silent a moment longer. “It took me a year to persuade her to go out on a date,” he says.

Does either of them experience even a tinge of jealousy when they see their other half wrapped around someone else on the dance floor? “No,” says Aljaž. “In the end, any passion is manufactured. Dancing is acting. It’s telling a story with conviction. But it’s not real.”

Janette is nodding furiously. “Funnily enough, Gemma Atkinson and I were talking about this when she was Aljaž’s partner in 2017. She asked me if it was all right to look into his eyes. I told her she must because otherwise how could she convincingly put across a Paso Doble, for instance?”

So is the Strictly curse is nonsense? “I always say that, for me and Aljaž, Strictly is a blessing. And so many other strong relationships have come out of Strictly. Look at Gorka and Gemma. Look at Rachel Riley and Pasha. Why focus on the negatives?”

Aljaž is in full agreement. “If your relationship at home is secure,” he says, “you have nothing to worry about.” It also annoys him that all the professionalism and hard work that go into perfecting a dance routine can be overshadowed by superficial speculation on a particular couple’s relationship away from the dance floor.

Each comes from a close-knit family. Aljaž’s is small and Janette’s, she says, is “a huge Cuban army”. The expectation then is that one day they’d like a family of their own. “We talk about it all the time,” says Janette. “And the right time will come along soon enough.”

But how does Janette feel about hanging up her dancing shoes for a few months. “Obviously, I’ll have to take some time off. But I’m very fit so I hope I’d be able to bounce back pretty quickly. I can never imagine retiring completely from the world of dance. I’m too passionate about it and Strictly is such an incredible platform so we’d be mad not to embrace every opportunity that comes our way. We’re already talking about professional plans for 2020.”

While Aljaž can’t imagine turning his back on dancing, Janette is harbouring secret plans to branch out in her career at a later date. “I’ve started a new project on my You Tube channel where I interview celebrities and I’m loving it. If I could wave a magic wand, I’d like to become the Ellen DeGeneres of the UK in a few years from now. That’s my dream.” She’d have her husband’s support all the way. “She’d be amazing because she has an instant rapport with people and she’s a complete natural in front of the cameras as anyone who’s seen her on Zoe Ball’s spin-off It Takes Two show will know.”

He knows from where his wife draws her inspiration. “We were lucky enough to work with Sir Bruce Forsyth. In fact, Abbey Clancy and I were the last couple to be presented with the Glitterball by Bruce. What an honour! And how fortunate we were to be in the presence of a man who’d worked in the business for 75 years. We both learned so much just by watching him.”

Now all their considerable powers of concentration will be focused on rehearsing for the Remembering The Movies show. “The movies week on Strictly is one of my favourites,” says Janette. “And the lovely thing is that, if it’s the success we’re sure it’s going to be, we can do it again the following year and feature a whole range of different films. This one could run and run,’ says Aljaž

Remembering the Movies comes to The London Palladium on Sat 20 April. Get tickets here.