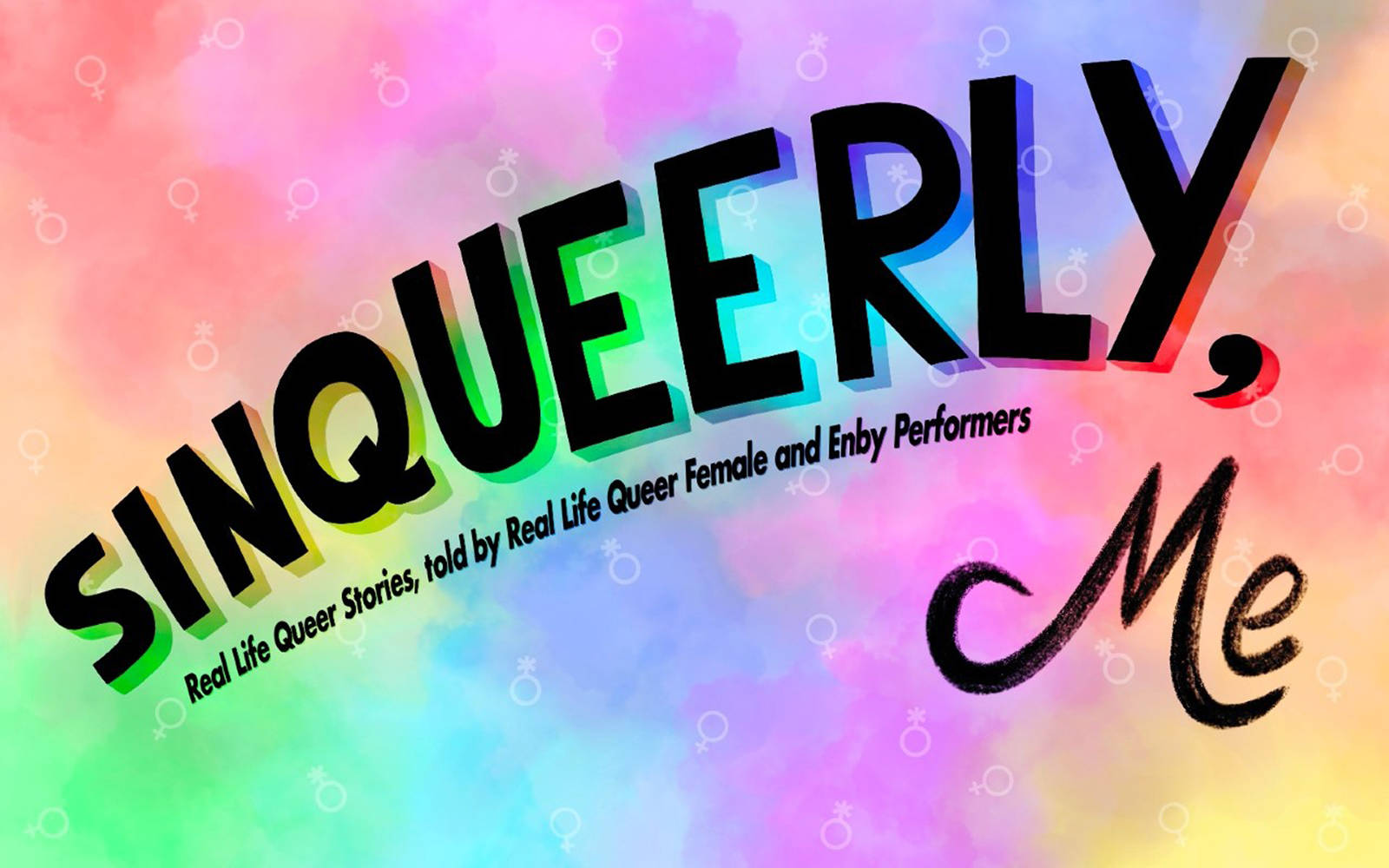 Sinqueerly, Me is a night of Musical Theatre, both new and old, focused on bringing the stories of Queer Female/Non-Binary performers to the fore.

For so long in musical theatre, Queer Womxn and Trans folk have been relegated to being nothing more than ‘The Lesbians From Next Door’ or the ‘Token Trans Character’ with little to no opportunity to explore their own stories. We have our own exciting, interesting and varied anecdotes to tell, and in the age of the Girl Power musical and increased visibility for Trans performers, the time has come for us to make our voices heard.

Each night, two hosts will choose six songs through which their own life story as an LGBTQ+ woman/enby can be told: from queer classics, to re-imagined pop songs, and new writing. These songs will be brought to life by an ensemble of West-end experienced and up and coming queer performers, resulting in a hysterical, heart-warming and occasionally challenging show about discovering your own queer voice.