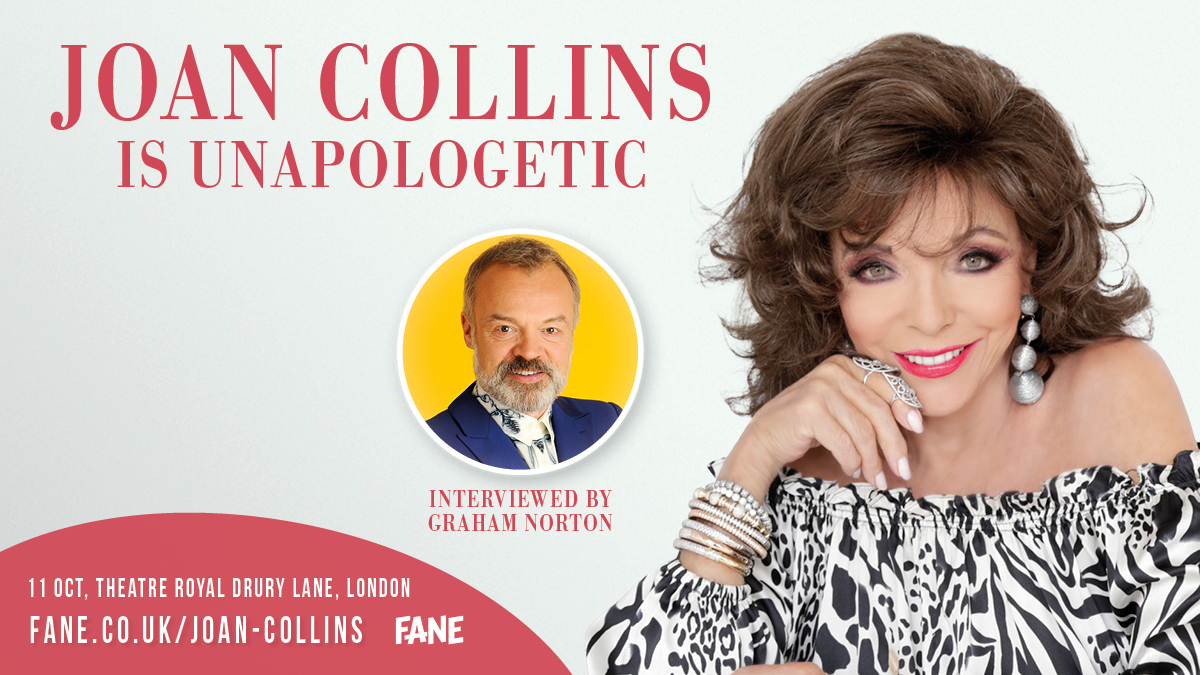 Legend of the screen and stage, and one of the most recognisable faces in show business, Dame Joan Collins, is celebrating the publication of My Unapologetic Diaries.

Join Joan in conversation with award winning TV host Graham Norton as she reveals some of the exciting, funny (and often outrageous!) stories and secrets from her long career, whether it is an encounter with a member of the Royal Family, or her keen and honest insights of other celebrities at parties or dinners. The recipient of several accolades, including a Golden Globe Award, a People’s Choice Award, several Best Actress Awards and a Primetime Emmy Award nomination, Joan has also been awarded a star on the Hollywood Walk of Fame.

Expect the unexpected – anecdotes, surprises, humour – for an evening of unusual and memorable entertainment with one of our greatest national treasures. This fascinating glimpse into the world of the renowned star lifts the lid on the highs and lows of her amazing career, from her early days at RADA right up to her most recent roles on the big and small screen.

Intimate and witty, Joan deftly blends storytelling, humour and gossip for a night that you do not want to miss. Joan pulls no punches, but she doesn’t care. She’s Unapologetic!