An Evening with Dawn French 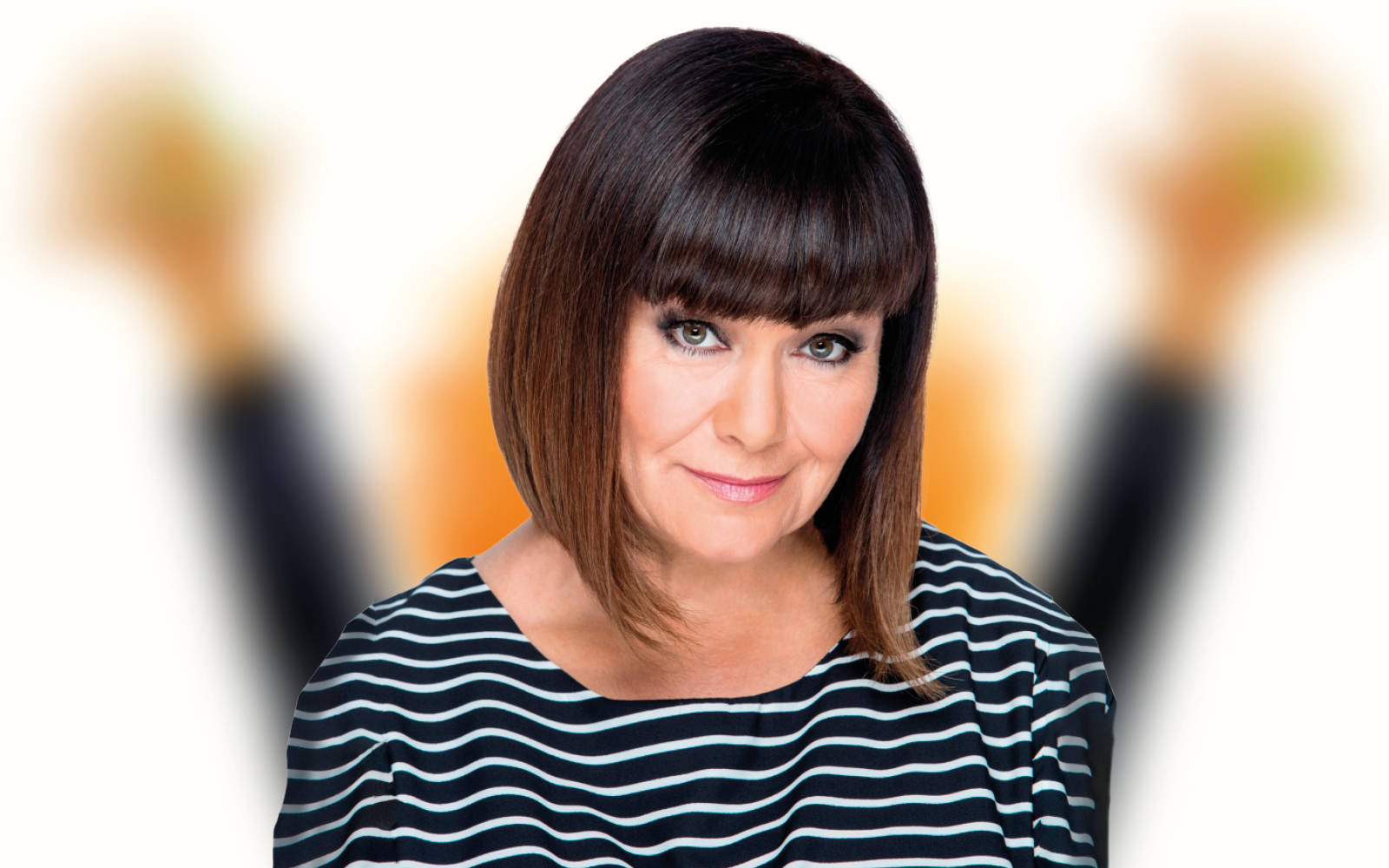 An Evening with Dawn French

Following the latest Government advice regarding new national Coronavirus measures, we can confirm An Evening with Dawn French at The London Palladium on Monday 30 November 2020 has been cancelled.

Whilst you can’t see Dawn live on stage, you still have the chance to catch her on a live stream on Sunday 13 December 2020. For more information and to buy tickets, click here.

Thank you for your patience and ongoing support at this time.

For one night only, writer, comedian and actor Dawn French will be live in conversation at The London Palladium to celebrate the publication of her latest novel Because of You (Michael Joseph). Dawn will be kicking off your festive season, with stories of her life both on-screen and behind the writing desk.

Following a triple crown of bestselling novels, Because of You is Dawn’s first novel in five years and was an instant Sunday Times bestseller. Wise and poignant, it follows two very different mothers in a maternity ward on the first day of the new millennium, and is full of wit, intrigue, and heart. Her best novel yet, Dawn’s perceptive storytelling and curiosity for people shines on every page.

Dawn French has appeared in some of this country’s most loved and cherished shows, including French and Saunders, The Vicar of Dibley, Jam and Jerusalem. In 2020, she has reunited with Jennifer Saunders for a new podcast Titting About, and has been filming Roald & Beatrix: The Tail Of The Curious Mouse, which will air this Christmas on Sky One.

Kick off your festive celebrations with what is sure to be a heart-warming and hilarious evening.

“Fans who have waited five long years for French’s fourth novel won’t be disappointed: Because Of You is a book with a beating heart, a story told with warmth and verve.” – Daily Express

All tickets include a copy of Because of You RRP £20

Please note this performance will be filmed.

Due to the social distancing measures put in place to keep our venues and audiences safe, all seats within a designated Seat Group / audience bubble must be sold together. Seat groups are pre-determined clusters of seats with a designated number of tickets. All ticket holders must be from the same household or support bubble. If you select a single seat within a Seat Group, all seats will automatically be added to your basket.

Everyone at LW Theatres is looking forward to welcoming you back to The London Palladium.