An Evening of Celtic Soul starring Imelda May 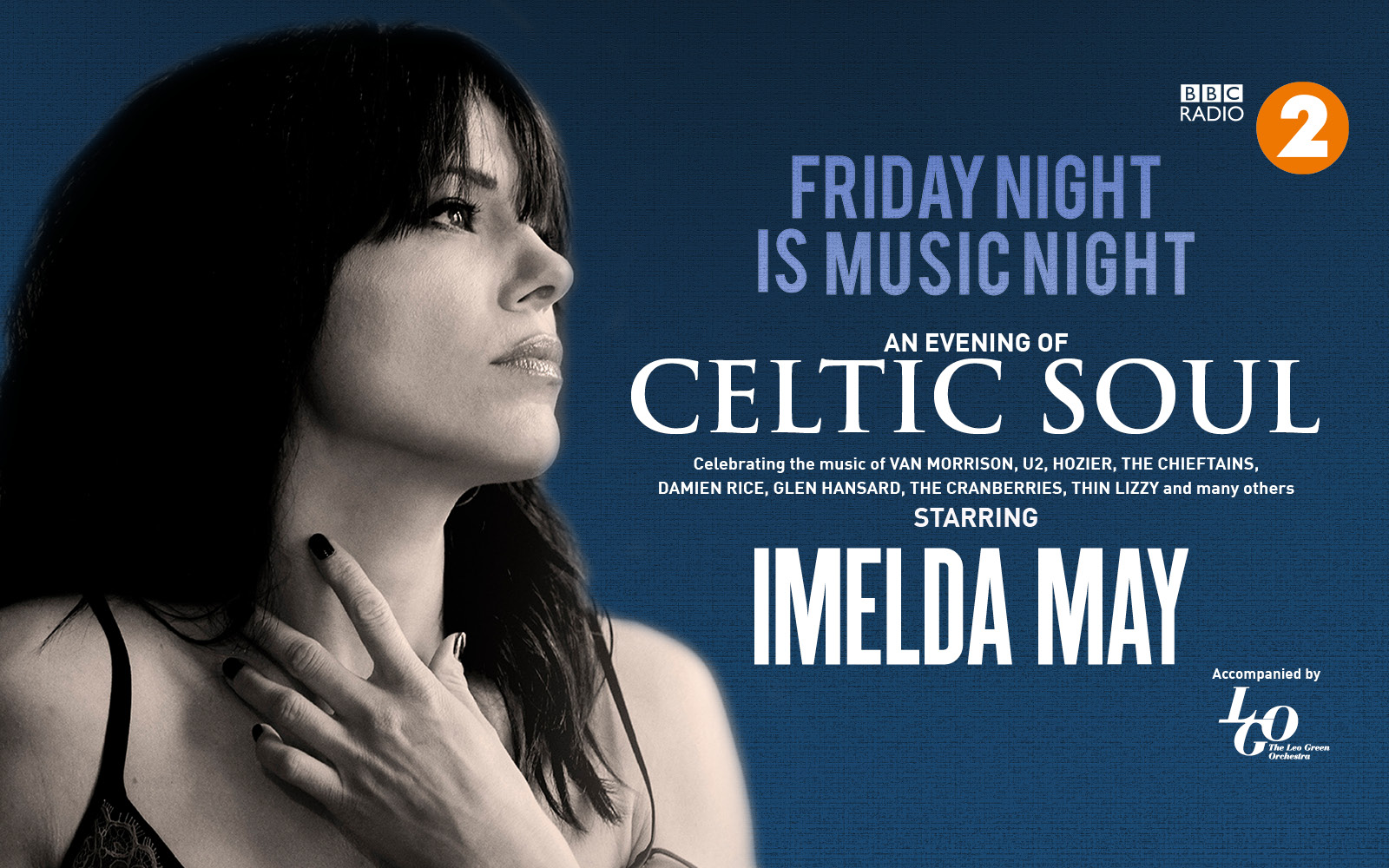 An Evening of Celtic Soul starring Imelda May

Imelda May will proudly celebrate the songs of fellow artists from her homeland such as Van Morrison, U2, The Chieftans & Glen Hansard – all whom she has previously shared the stage with – and many more such as Damien Rice, The Cranberries & Thin Lizzy backed by the 24-piece Leo Green Orchestra. The special show will be recorded for broadcast on BBC Radio 2’s Friday Night Is Music Night, the world’s longest-running live orchestral radio programme, at the end of May.

“When Leo asked me to join him and the orchestra for a show celebrating my influences I was intrigued and the more I delved, the more I realised how many artists from Ireland have hugely influenced me and continue to inspire me. For such a small island we have a wealth of musical talent. That’s something I’m happy to celebrate.” – Imelda May

Born and raised in The Liberties area of Dublin, Imelda May has become one of Ireland’s most celebrated female artists in history, her album Love Tattoo is the best-selling album of all time by a homegrown female artist in Ireland.

Imelda was initially discovered by Jools Holland, who asked her to support him on tour, and has gone on to perform alongside many legendary artists; most recently joining Hollywood actor Jeff Goldblum on his 2018 album The Capitol Studios Sessions. An acclaimed songwriter, she is presently ensconced in the studio working on her sixth album. As well as selling millions of records worldwide, Imelda is also a Human Right’s Activist and Poet, currently compiling her poems for her first poetry book.

Please note there is a limit of six tickets per customer for this event.